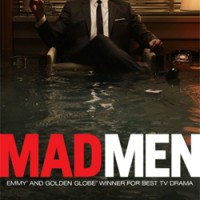 [contextly_auto_sidebar id="qq4k2gwK5FqCbEAvppoCYx8tAgWoXajG"] HERE at CultureCrash, we are split on the advertising chronicle Mad Men. Mostly, I think the early seasons were among the best television ever, even if recent seasons have become mere Age of Aquarius soap operas. Our guest columnist Lawrence Christon has no love for the show, early or late. Here is his response to the program's … END_OF_DOCUMENT_TOKEN_TO_BE_REPLACED

Here is some information on my book, which Yale University Press published in 2015. (Buy it from Powell's, here.) Some advance praise: With coolness and equanimity, Scott Timberg tells what in less-skilled hands could have been an overwrought horror story: the end of culture as we have known … END_OF_DOCUMENT_TOKEN_TO_BE_REPLACED