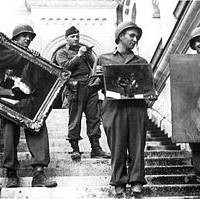 [contextly_auto_sidebar id="n5XpwhQfRtKBHPK1BXtQynuCSQpBNl9j"] WHY do we fight? Whether you are a World War II soldier trying to save an Italian Renaissance painting from the Nazis, or a 21st century American, trying to produce, assess or defend culture in a marketplace that's less and less interested in it, the question is the same. The answers -- some of them proposed by a new film -- may be … END_OF_DOCUMENT_TOKEN_TO_BE_REPLACED

Here is some information on my book, which Yale University Press published in 2015. (Buy it from Powell's, here.) Some advance praise: With coolness and equanimity, Scott Timberg tells what in less-skilled hands could have been an overwrought horror story: the end of culture as we have known … END_OF_DOCUMENT_TOKEN_TO_BE_REPLACED