TODAY I have another piece in Salon, this one about the folding of New York magazine into a biweekly, and the resulting conversation about where the media is (and isn’t going.) HERE it is.
People trying to be “counterintuitive” are framing this as a win for journalists and journalism, since more people will read New York related copy on the blogs (some of which are quite good.) It’s like saying musicians — or music — are thriving because more people listen to their songs on Spotify than ever did in the old record label-and-album model. 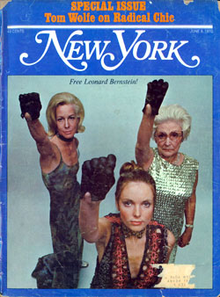 If you work in journalism, or the media business, you know that the phrase, “we’ve moving online” is typically a code word for de-professionalization — something the creative class has gotten awfully familiar with. David Carr in the New York Times had the right take, I think.
The magazine also plans to bulk up its print publication with more fashion and luxury coverage, at a time when most Americans – among them, the new mayor tells us, a lot of New Yorkers — continue to emerge only gradually from the Great Recession. (The Bloomberg operation will reportedly cover the arts, despite firing its arts staff, as a subset of luxury.)

Like the David Lowery piece that ran yesterday, this gets into stuff I investigate deeper in my book Creative Destruction, which comes out next year.

Here is some information on my book, which Yale University Press published in 2015. (Buy it from Powell's, here.) Some advance praise: With coolness and equanimity, Scott Timberg tells what in less-skilled hands could have been an overwrought horror story: the end of culture as we have known … END_OF_DOCUMENT_TOKEN_TO_BE_REPLACED