COULD one of the most inventive and technically gifted jazz guitarist of the last half century be an obscure Canadian raised by country musicians? That’s what I often think listening to the mighty Lenny Breau.
Readers of this blog know that we try to uncover West Coast culture overlooked by the rest of the nation’s media and critical establishment, and Breau was an overlooked West Coast artist par excellence. 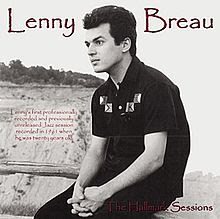 Breau’s first professional recordings, The Hallmark Sessions, with their mix of fingerstyle jazz and Spanish guitar, were made 50 years ago (more on that excellent starting point later.) Much of his career took place in California, as well as his untimely end: He was found mysteriously drowned in a swimming pool — shades of a less posh Sunset Boulevard — in Los Angeles in 1984; he was only 43. The cause of death may’ve been drug-related, it may have been strangulation: In any case, it remains unsolved.

As a young man, Breau had gigged a bit in Canada – The Hallmark Sessions featured Levon Helm and Rick Danko of The Band as his rhythm section — but he was discovered for the wider world by Chet Atkins, an early influence. Breau never entirely lost the twang in his playing, but his style was expanded in a vast and emotionally complex way by the innovations of pianists Bill Evans and Herbie Hancock: He shared their abstract, post-bop approach and blended it with a technical precision that recalls the great Tal Farlow. (Breau and Farlow have a very fine live album, Chance Meeting, that’s easy to find online; Breau and Atkins recorded an album together that never made it to CD; here they play “Sweet George Brown” — you can hear Lenny’s wild harmonics.)

So why haven’t you heard of him? Despite two decades as a serious jazz fan, I had barely heard of Breau until music writer Ted Gioia turned me on to him, and he’s not listed in many record guides and jazz histories. Here are my speculations. 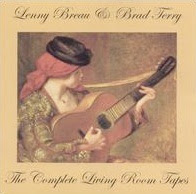 First of all, Breau was Canadian, which puts him at a tangent to a jazz tradition that tends to be centered in New York and several other East Coast cities. (Here is a very young Lenny on a Canadian TV show.)

The fact that he moved to LA — perhaps the most critically maligned and misunderstood jazz center in history — didn’t help. He had limited connections to the fervor (and critical press) in New York. (And with a few exceptions, such as periods when Wes Montgomery and George Benson were popular, jazz guitar exists at a tangent to the jazz tradition as well, though that’s another post.)

Second, he was a serious drug addict, with a special taste for heroin. This derailed his career at certain key points.
Third, he was not particularly interested in free jazz or fusion, but in the more contemplative and impressionistic sound world of Bill Evans. St. Bill is very influential today, but to some tastemakers and musicians, he was out of step with jazz history.
But any music fan who listens to The Hallmark Sessions – made by a fresh-faced young man of 20 — will hear his melodic gift and harmonic daring. This early recording, lost for decades, shows his range: country/western songs (“Cannonball Rag”), Spanish and Brazilian classical guitar (“Taranta”), and jazz standards (“I’ll Remember April.”) That last song has dizzying spiral runs and a Rollins-like sardonic tone that does not trash the song’s frisky beauty. It was the song that convinced me of the guitarist’s genius: No matter how fast or non-linear his playing gets, it nearly always serves an emotional or narrative purpose.

Here musicians from Benson to Metheny to the Police’s Andy Summers talk about Breau.

It’s both a cause and effect of Breau’s elusiveness that his work has had trouble staying in print. But a label, Art of Life, was formed in the ‘90s with the primary purpose of reissuing his music. (And the Living Room sessions, recorded in ’78 and also released posthumously) should perhaps be second on your list. There is a post-Coltrane side to Breau, some of which you can hear on this one, including his intricate take on McCoy Tyner’s “Visions.”)

By the end of his life, the handsome lad from Canada had come to resemble, in some photographs, a demonic, beret-wearing Frenchman, and his musical choices were not consistently strong. But Breau’s is a career that every jazz lover or guitar enthusiast should be grateful for.

Here is some information on my book, which Yale University Press published in 2015. (Buy it from Powell's, here.) Some advance praise: With coolness and equanimity, Scott Timberg tells what in less-skilled hands could have been an overwrought horror story: the end of culture as we have known … END_OF_DOCUMENT_TOKEN_TO_BE_REPLACED