OKAY, get ready for a deluge of coverage of the Civil War, whose 150th anniversary begins in the new year. One of the first shots fired will be a new documentary on Gen. Robert E. Lee, who emerges as a complex, brilliant, at times tormented, and deeply human character. The doc, which goes up Monday on PBS, avoids the hero-worship of neo-Confederates and a debunking approach that might have been tempting. 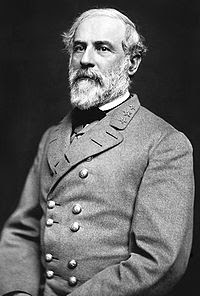 HERE is my article on the film, which involves an interview with filmmaker Mark Zwonitzer (who has also written an acclaimed book on country music’s Carter Family) and two eminent historians, Joan Waugh of UCLA and Joseph Glatthaar of UNC Chapel Hill.

We often hear that Americans are cut off from or uninterested in their own history. It’s often true, but especially since the Ken Burns documentary in the early ’90s, the Civil War has been a growth industry, and an obsession with the war has never gone away in the American South. And many historians see the war and its immediate aftermath as the period in which contemporary American culture was forged.

The film is quite explicit, by the way, about the cause of the war: For all the talk about “state’s rights,” it was quite solidly about slavery. Just look at the secession documents for each state: They were pretty unambiguous about what mattered to them.

And let me urge anyone interested in the Civil War to read historian C. Vann Woodward and his “Irony of Southern History.”

Here is some information on my book, which Yale University Press published in 2015. (Buy it from Powell's, here.) Some advance praise: With coolness and equanimity, Scott Timberg tells what in less-skilled hands could have been an overwrought horror story: the end of culture as we have known … END_OF_DOCUMENT_TOKEN_TO_BE_REPLACED