The writer and urbanist Joel Kotkin has a fascinating piece in a recent Newsweek called “The Great Great Plains,” which looks at the way cities like Fargo and Bismarck — as well as most of Texas — are booming while much of the rest of the country languishes in a dead economy. 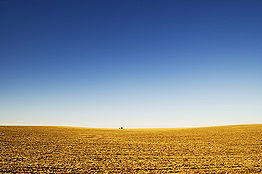 It got us here at the Misread City wondering: What are Omaha and Dallas doing right that Los Angeles and other West Coast cities are doing wrong? And why can’t the great state of California keep up with… North Dakota?

I’m a longtime admirer of the work of Kotkin, whose latest book is The Next Hundred Million: America in 2050. I spoke to him for a New York Times piece about bohemia and the recession, and while I suspect his politics and mine are not always congruent, he’s a formidable thinker and reporter. We’re happy to have him in a Misread City Q+A.

So in brief, why do the cities of the plains seem to be doing so well?
Basically these cities benefit from being in the heart of the commodity economy that benefits from growing demand from China and India, which are currently the engines of the U.S. economy. They also have good schools, are affordable and reasonably pro business.
Meanwhile, West Coast cities, especially LA, remain in the toilet economically. Given all the dynamism here, Why? 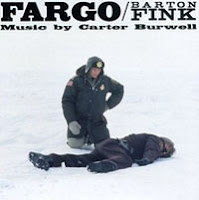 California is committing suicide, at least economically. The extreme ‘green’ policies are just the latest blow after a series of tax and regulatory burdens that are forcing business to expand elsewhere. We still have some key headquarters – more in north than south – and amazing skills, but the flow is almost all the wrong way. In LA specifically there seems to have been little economic strategy except the notion of green jobs, which is largely hype and every other community is going after. So we end up with solar plants in Arizona manufactured outside the state so we can pay for ever more expensive energy…
The key is that the city council in particular, along with the Mayor, have no notion of how economies work, although they may be writing the book (unconsciously of course) on how to make one not work.
This is not just a tax and regulatory issue. Other places with similar burdens – Boston, NY, Seattle – are not booming but doing better. If it wasn’t for Detroit we’d be the big city basket case in the country
How much do California’s woes have to do with the tax-revolt measure Prop. 13?
Prop 13 had several bad effects. First, it centralized decision-making in Sacramento, never a good idea, since it took away property tax revenues. Second, it shifted taxes too much to income, which hurt entrepreneurs, the middle class and investors. It also made the state more liable to wild swings in stock and housing markets. Third, it became an excuse for people, largely on the left, to ignore the larger problems of over-regulation and hostility to business.
Prop 13 went too far and should have been restricted only to residences, with a cap at some level. But as someone who covered it at the time, the establishment (that’s including most business) did not have the will to reform a system that was driving people out of their homes.
In other words, lots of blame to go around.
How much longer do you expect West Coast cities will be ailing, and what will it do to our urbanism, our neighborhoods and sense of civic connection? 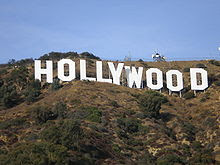 I am not sure you can put all the western cities in one context. Seattle and Portland have much smaller working class, minority populations and more access to clean energy (hydro mostly). They should transition a bit earlier given their own anti-business instincts.
The Bay Area has a leg up with Silicon Valley and has a more affluent population. San Diego and Orange also have problems but also not as many poor people or workers in distressed industries as LA or the Inland Empire. They will lag US but not as much as LA.

LA has the most diverse economy but needs to keep its traditional linchpins (manufacturing, trade and entertainment) going. Right now hard to see how this happens until there is a major political change.

Here is some information on my book, which Yale University Press published in 2015. (Buy it from Powell's, here.) Some advance praise: With coolness and equanimity, Scott Timberg tells what in less-skilled hands could have been an overwrought horror story: the end of culture as we have known … END_OF_DOCUMENT_TOKEN_TO_BE_REPLACED