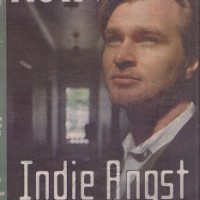 About a decade ago I was tipped off to an odd, inscrutable film by a budding English director living in LA. Christopher Nolan's Memento, which starred Guy Pearce in an ill-fitting pale suit and bleached hair, knocked me out, and I spent an afternoon talking about movies, memory and fragmented narrative with the 30-year old director at his apartment near the LACMA while he played Radiohead's Kid A … END_OF_DOCUMENT_TOKEN_TO_BE_REPLACED

Here is some information on my book, which Yale University Press published in 2015. (Buy it from Powell's, here.) Some advance praise: With coolness and equanimity, Scott Timberg tells what in less-skilled hands could have been an overwrought horror story: the end of culture as we have known … END_OF_DOCUMENT_TOKEN_TO_BE_REPLACED