TODAY is an important day for Bright Eyes’ Conor Oberst, composer John Adams, jazzman Henry Threadgill — and that’s just the musicians. Throw in Susan B. Anthony and Galileo, and I think it’s about as good a day as there is, especially lodged as it is in the middle of the dreary month of February. (And I insist I am totally unbiased on the matter despite my Feb. 15 birthday.)

Galileo was one of my idols as a kid, coming before even, I think, John Lennon and Kurt Vonnegut. I responded not only the man’s polymath genius, but his courage and resistance to the Catholic Church, which persecuted him until the very end despite his continued piety; he was an important early shaper of my religious beliefs. And just a hair over 400 years ago, Galileo discovered the moons of Jupiter.

One way I’m marking the day is to post my interview with Kim Stanley Robinson, whose Galileo’s Dream, a historical novel of the future, you might say, has just come out. HERE is that piece. Robinson, of course, is the environmentalist and Central California science-fiction writer with much fine work to his credit; his Mars trilogy is considered the best example of world-building since Dune. 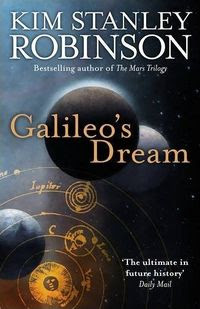 In any case I will hoist a glass of Cava tonight to the great Florentine and the others.

Here is some information on my book, which Yale University Press published in 2015. (Buy it from Powell's, here.) Some advance praise: With coolness and equanimity, Scott Timberg tells what in less-skilled hands could have been an overwrought horror story: the end of culture as we have known … END_OF_DOCUMENT_TOKEN_TO_BE_REPLACED