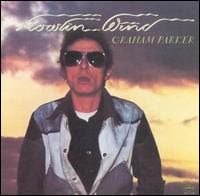 I’M kind of giddy to note that this week marks the birthday of British “Angry Young Man” Graham Parker. Parker broke about the same time as Elvis Costello, bringing with him righteous anger, a voice that resembled Van Morrison and perhaps American R&B, and a musical traditionalism grounded in The Band and other US models.

Though he never hit as hard as Elvis or even Joe Jackson — those glasses probably didn’t help –Parker has been a minor idol of mine since my high school days scrawling out his lyrics out in an attempt to teach myself literary imagery.
This song, from his 1979 “Squeezing Out Sparks” LP, gives the best sense of why we love the guy. Word-drunk, bitter, and catchy, he just destroys this song, “Protection.” These “Local Girls” fare similarly, dispatched by what may be the worst dressed band in history! And this is a live “Passion is No Ordinary Word.”
Shrewd listeners will note a backbone of Jamaican music in his style — the one kind of music punks could admit to liking — and here plays Bob Marley on Conan. Could not find a video for my favorite reggae tune of his, “Crazy Baldhead.”
Finally, a stripped-down “You Can’t Take Love For Granted.” Ouch!
I spoke to Parker a few years back, around the time of his No Depression inspired “Your Country” LP. (In which Parker told me, by the way, that he had heard Gram Parsons.) I’ll post it as soon as the LATimes archive is back. In any case, Happy Birthday to an underrated musician!

Here is some information on my book, which Yale University Press published in 2015. (Buy it from Powell's, here.) Some advance praise: With coolness and equanimity, Scott Timberg tells what in less-skilled hands could have been an overwrought horror story: the end of culture as we have known … END_OF_DOCUMENT_TOKEN_TO_BE_REPLACED