With the re-conceptualization of older downtown as “fun zones”,  the amusement park is now being commissioned as permanent and temporary public art.  What does it mean?  Are visual arts the new circus parade and acts?  Are we street vendors of murals and inflatables.   Are the visual artists inventing the new global, country, city and community events will be as romantic as Woodstock in 30 years? ( Burning Man ?)  How is the shaping of activities like dancing, sliding, swinging and climbing an intellectual aesthetic activity?  Or has thoughtfulness lost all purpose in the new civic realm, the placemaking, the entertainment?

This summer will have amusement structures paid for with ART FUNDS.  Carsten Höller has installed his slide at the Haywood Gallery, London.  Good BBC video here.  Baptiste Debombourg has  used the form of a rollercoaster in Nantes and Montreal is installing a $1,000,000 non-usable small ferris wheel by BGL. But the big guy in this game is Slide the City by Taylor TR Gourley.  Gourley is a film producer with a side business a water slides moving to a new city each weekend.  $10 to $15 a ride. 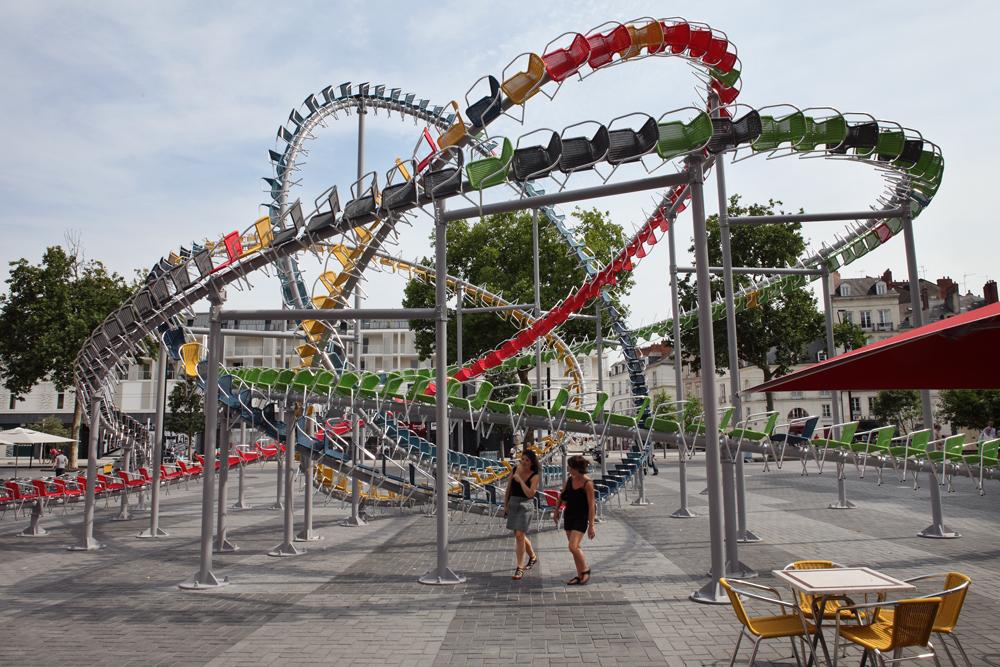 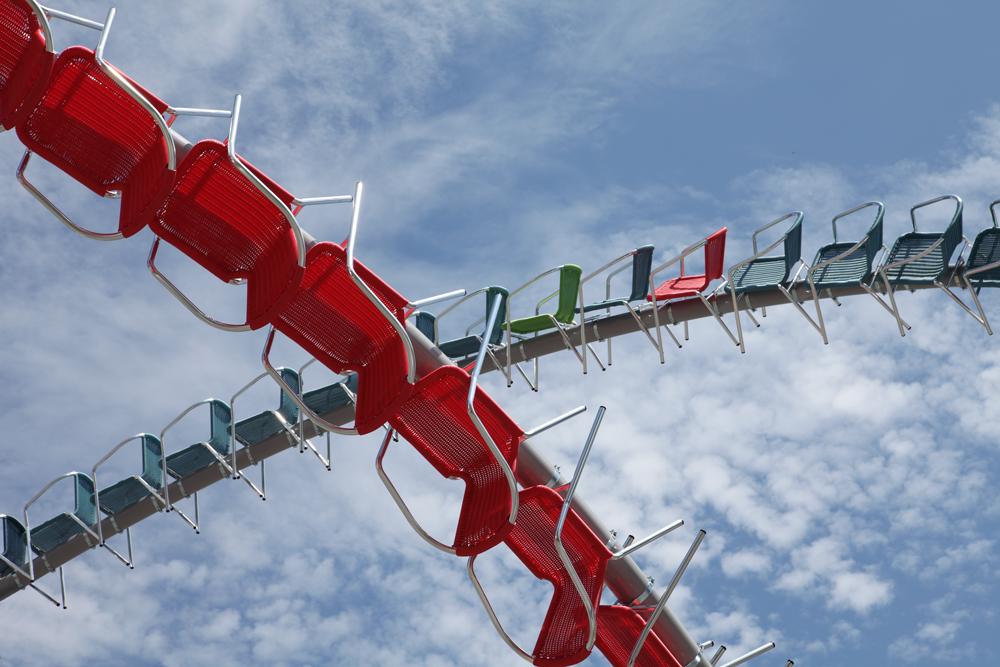 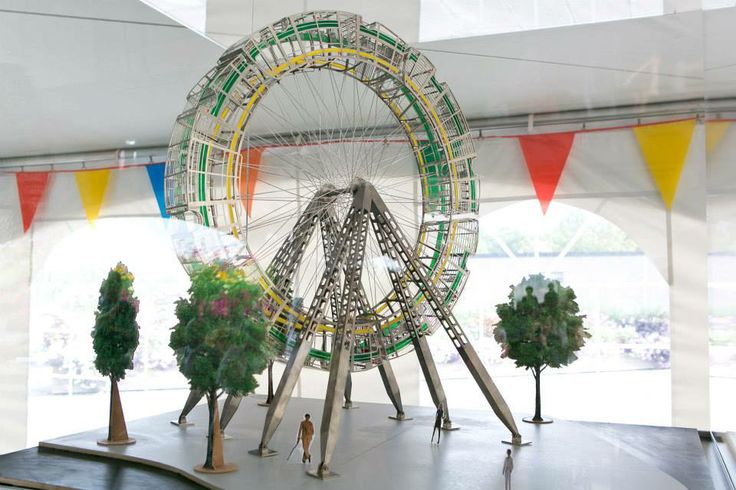 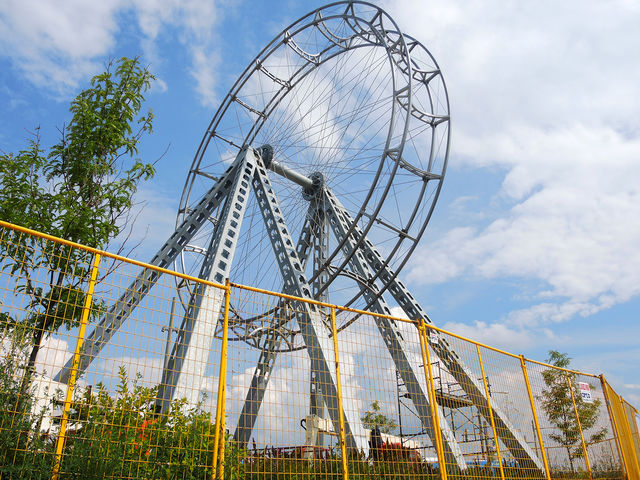 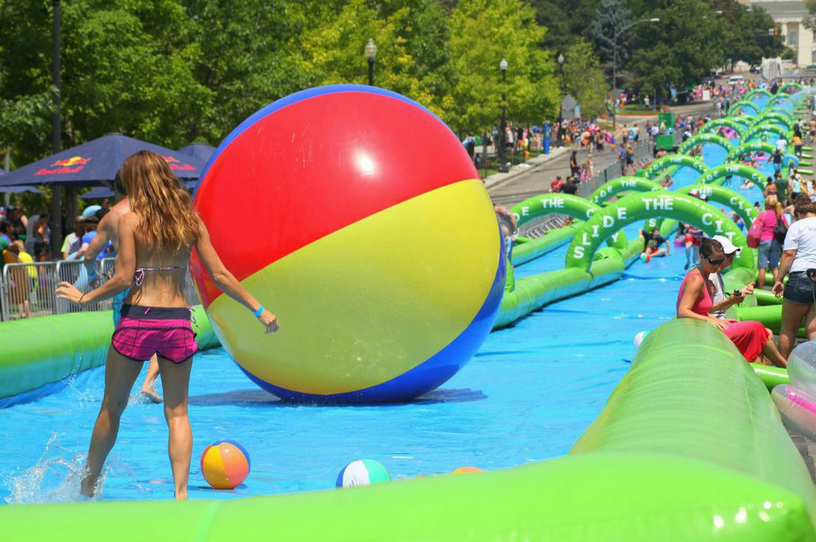