Some say we’ve already hit peak TV; we might also approach peak bluetooth. Have turned off my receiver and KLH speakers for months to acclimate myself to these unsuspecting compacts, and happy to report more keep landing. When was the last time a speaker actually changed your listening habits? The more I use Libratone’s ZIPPs, the more I admire its overall design, ease of use, and quick-play iOs app. I got so enamored of its favorites feature I started compiling box sets, both commercial and home-made, onto my spotify playlists and hitting random. You can also string several ZIPPs together in a “zone” for a household full of continuous noise to make your teenagers jealous. Great for when you have a 3-hour stretch of emailing or light reading on the porch… Also has a way convenient sleep timer. The Internet Radio option might fetch more appeal if it weren’t for the ads… but how long can that last? 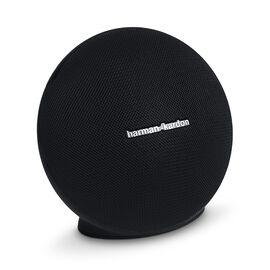 Harman Kardon’s entry has a more conservative design but plenty of torque. We plugged it into our Apple TV for rich audio that reconnects automatically whenever we boot up. Obviously match unit to space, and we watch so much from bed that we’re even older than we feel most of the time, but not quite. Less power than you might want for outdoors, but hard to want for more detail, depth, or color. A sound that grows on you, and has serious hook. For mobility, the economical Archeer A106 has a microphone for taking on the calls while you submerge in tunes, and dangles from your bike handles better than the others.

Mostly to all three versions of The Bridge/The Tunnel, with the British out in front for now, but so curious to see the Swedish original and how closely plot and dialogue sponged off new contexts. Ansari still the one to beat in our ongoing romcom sweepstakes. Atlanta has steam rising off its strong sense of locale, icelebrity themes and racial commentary, but jumped tracks in that talk show episode where he analogizes trans-gendering to trans-racing (renewed for a second season). Better Things hummed along until that Joe Walsh episode where the teenager lectures the daughter on how cool the mother is, and the finale where they all sing along to Alice Cooper’s “Only Women Bleed,” the LEAST feminist track imaginable, and impossible to ironicize. Otherwise, Pamela Adlon up rivals and one-ups Rosanne Barr.

In a class all its own comes The Honourable Woman, 2014, with the fiendishly unpredictable Maggie Gyllenhaal opposite the redoubtably sly and insinuating Steven Rhea, who “reports” to the deliciously salty Judith McTeer (“In a room full of pussies, I’m the only one with a vagina”).  Set in London and the Middle East, with the twin strands of ambition and revenge across generations. The Guardian ran episodes recaps but strange to come across this three years later and find it possibly the decade’s most harrowing drama, more suspenseful plot threads and seasoned reversals than Homeland.