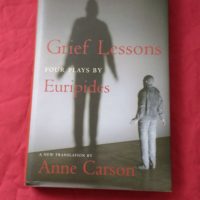 For most of these 12 Plays of Xmas, I can imagine how they might be staged, what tone the cast and production team might hope to achieve. But Alkestis… Alkestis is just weird. Euripides’ wrigglesome play was, according to translator Anne Carson, programmed after three tragedies in the Athenian festival of 438BC. ‘It is not a satyr play,’ she says, ‘but neither is it clearly a tragedy or a … END_OF_DOCUMENT_TOKEN_TO_BE_REPLACED 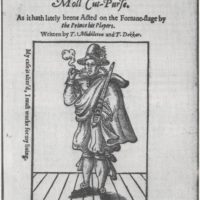 It’s pantomime season, which is as good a time as any to pay tribute to the fine British traditions of smutty humour, sexual confusion, homosexual panic and coming over a bit funny when you think about women’s legs. All of the above get a good working over in The Roaring Girl (1611), a Jacobean city comedy in which Thomases Middleton and Dekker fit a real-life gender renegade into a giddy mesh … END_OF_DOCUMENT_TOKEN_TO_BE_REPLACED 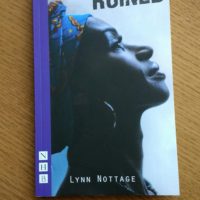 I can’t remember how I missed the Pulitzer-winning Ruined when it played in London in 2010. It was at a favourite theatre (the Almeida) and starred favourite actors (Jenny Jules, Lucian Msamati). Maybe I was busy, or distracted. Maybe I didn’t feel great urgency simply because Lynn Nottage’s 2008 play sounded too much like an adaptation of Mother Courage, taking Brecht’s dogged anti-heroine from … END_OF_DOCUMENT_TOKEN_TO_BE_REPLACED 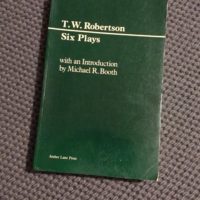 What does reality look like on stage? I’ll tell you what it doesn’t usually look like: a play that sets the finale in ivy-covered ruins on an aristocratic estate. Or a plot of exemplary neatness in which two pairs of brothers and sisters each fall in love with their opposite (heterosexual) number and temporarily repair the rents in the Victorian class system. I chose one of TW Robertson’s … END_OF_DOCUMENT_TOKEN_TO_BE_REPLACED 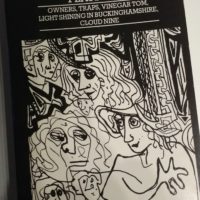 Caryl Churchill is the presiding playwright of our era. At 78, every play she writes is an event – not because of their rarity, or a forelock-tugging spirit of sentimentality, but because each text explains our time to us, shows us the paths we are taking. She ended 2015 with Here We Go, her devastating shard about death and old age; she began 2016 with Escaped Alone, … END_OF_DOCUMENT_TOKEN_TO_BE_REPLACED

This is what theatre and dance audiences do: we sit in the dark, watching performances. And then, if it seems worth it, we think about what we've seen, and how it made us feel. The blog should be a conversation, so please comment on the posts and add your thoughts. You know what I've always … END_OF_DOCUMENT_TOKEN_TO_BE_REPLACED