Next year, the National Endowment for the Arts will offer a comprehensive view of how Americans experienced art forms in the second year of the pandemic, and how those patterns have shifted since pre-COVID times. This reporting will draw from two datasets to be released in 2023: the 2022 Survey of Public Participation in the Arts (SPPA) and the 2022 General Social Survey’s (GSS) arts module.

Until those data releases, another recent survey exists to tell us how adults’ arts participation habits fared just as the nation was on the brink of a pandemic.  I’m talking about the Arts Basic Survey (ABS), a “short-form” version of the SPPA. In the next few weeks, the NEA will post results from an in-depth analysis of the most recent ABS, capturing self-reported data from a large, nationally representative sample of U.S. households, about adults’ participation in arts activities from February 2019 to February 2020.

It may seem a bygone period, but don’t be too sure. Some of the key characteristics of arts participation are evergreen: they have applied to the general U.S. population for decades, since the NEA first began conducting the SPPA with the U.S. Census Bureau. We know that adults of higher levels of education are typically the most likely to participate in a variety of art forms; that women tend to participate more than men; and that the oldest adults among us are often less able or inclined than others to attend live arts events. No doubt similar dynamics have been active throughout the pandemic.

Or are such patterns truly clear-cut? Read on for some cursory findings from the 2020 ABS. In each case, prepare to encounter just a hint of the unexpected.

As we close out the year with this publication—the most recent in a long line of research briefs that populate the agency’s Arts Data Profile web series—the NEA’s Office of Research & Analysis is indebted to Bonnie Nichols for her authorship and analysis. With Bonnie leaving us to begin a new chapter, my colleagues and I are humbled by her myriad accomplishments over a distinguished career as a NEA researcher. We hope to build on them in the succeeding months and years, for the betterment of federal data collection and reporting about the arts in America.

About Sunil and Josephine 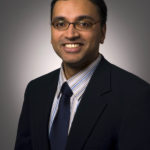 Sunil Iyengar directs the Office of Research & Analysis at the National Endowment for the Arts. Under his leadership, the office has produced dozens of research reports, hosted periodic research events and webinars, led strategic plan development for the agency, and established research and … END_OF_DOCUMENT_TOKEN_TO_BE_REPLACED 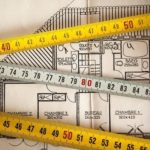 Aesthetics meets analysis in a monthly series of podcasts and blog posts from the National Endowment for the Arts.  Once upon a time, writers and artists were skeptical—if not morbid—about the application of science to questions of natural beauty, aesthetics, and arts and culture. Think of … END_OF_DOCUMENT_TOKEN_TO_BE_REPLACED