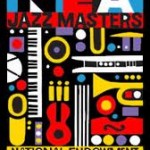 The National Endowment of the Arts, formally inducting its 30th class of  “Jazz Masters” with a concert at Jazz at Lincoln Center January 10 2012 that is being webcast live on WBGO Jazz 88.3FM  and SiriusXM Satellite Radio’s Real Jazz Channel XM67, (starting at 7:30 pm ET) has announced that Jazz Masters will again be named and receive honoraria of $25,000 in 2013.

Although this blog reported last February that the NEA 2012 budget had cut out the Jazz Masters program, as well as awards for American Folk Heritage and Opera artists, “the program will continue awarding $25,000 fellowships annually,” public affairs specialist Sally Gifford responded to our query via e-mail. In July (2011), also as reported here,  the House Budget Committee directed the NEA to restore funding for the Jazz Masters and the Folk Heritage initiatives — though not the opera grant. However, there has been no public announcement of that directive being implemented until now. “Details about the 2013 NEA Jazz Masters celebration will be posted on arts.gov as soon as they are available,” Ms. Gifford’s email continued. — the NEA has endorsed 124 jazz musicians and activist-supporters as genuine “Jazz Masters.”

Masters are nominated by the general public, but selected by a small panel of experts convened by the NEA. Most recently, Jazz Masters designations and the financial gift have been by some monetary support for their tours and educational activities.

Jazz Masters are profiled with brief videos and audio interviews produced and posted by the NEA.

My favorites of the new classes’ recordings:

Sheila Jordan: Portrait of Sheila (1963, early flowering of her genius)  Jazz Child , my how she’s grown!

What if there's more to jazz than you suppose? What if jazz demolishes suppositions and breaks all bounds? What if jazz - and the jazz beyond, behind, under and around jazz - could enrich your life? What if jazz is the subtle, insightful, stylish, … END_OF_DOCUMENT_TOKEN_TO_BE_REPLACED

Reviewing a sleeping giant, ESP Disks before its early '00s revival  Howard Mandel c 1997, published in issue 157, The Wire It was a time before psychedelics. Following the seismic cultural disruptions of the mid '50s, rock 'n' roll had hit a … END_OF_DOCUMENT_TOKEN_TO_BE_REPLACED

[contextly_auto_sidebar id="IFeXJPobvykRyuU4dU68FilRPv0EE8oC"] This is a complete version of the feature on pianist Matthew Shipp I wrote for The Wire, published in February, 1998 Is this the face of New York's jazz avant now? Pianist Matt … END_OF_DOCUMENT_TOKEN_TO_BE_REPLACED

A 1990 interview with drummer Rashied Ali, about his relationship with John Coltrane. … END_OF_DOCUMENT_TOKEN_TO_BE_REPLACED

Miles Davis intended On The Corner to be a personal statement, an esthetic breakthrough and a social provocation upon its release in fall of 1972. He could hardly have been more successful: the album was all that, though it has taken decades for its … END_OF_DOCUMENT_TOKEN_TO_BE_REPLACED