You are here: Home / Archives for Mikel Ellcessor

J. Mikel Ellcessor has spent the last twenty-five years developing new, diverse audiences for non-commercial media and not-for-profit arts organizations. Most recently, Mr. Ellcessor served as general manager of WDET, Detroit, during which time the organization established itself at the front of public radio's short list of major market, mainstream, multi-ethnic public radio stations. While at WDET, he produced The Pleasure of Sound, a short film on the nature and practice of creativity featuring Jad Abumrad (Radiolab) and Matther Dear (Ghostly International.)

Mr. Ellcessor led the 2007 launch of RadioMilwaukee, a hyperlocal music/community engagement hybrid that has already established itself as a vibrant entity in Milwaukee's music, social activism and regional development communities. From 1999-2006, Mr. Ellcessor was a senior content director at WNYC, New York Public Radio, and the co-creator, with Jad Abumrad, of Radiolab. 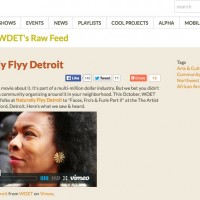 In this excerpt from "The Case for Cultural Fluency," Mikel Ellcessor introduces the concept of Cultural Fluency as it can be applied by arts and culture leaders. You can read and download his full white paper here.  It’s déjà vu all over again. Picture this: you are in a meeting and you have been in this meeting many times. After another detailed mapping of the problem, someone takes a stab at a solution and says it: “We have to move beyond the current audience and into new audiences and communities.” This feels like success, right? … END_OF_DOCUMENT_TOKEN_TO_BE_REPLACED 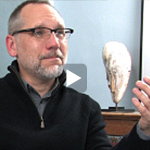 Watch the following video featuring Mikel Ellcessor, General Manager of WDET in Detroit and a faculty member of the Salzburg Global Forum for Young Cultural Leaders, in which he warns that social media can give us a false sense of connection. He also gives a suggestion for how to make meaningful connections in one's community.     Add your voice to the discussion. Use the comments below to weigh in with your thoughts on the effects of globalization on the cultural sector.   … END_OF_DOCUMENT_TOKEN_TO_BE_REPLACED