You are here: Home / Archives for A Spy In the House of Loud 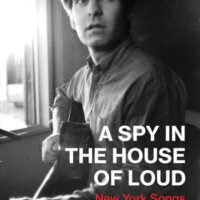 [contextly_auto_sidebar] Though he's hardly a household name, North Carolina's Chris Stamey has been just alongside many of the key developments in left-of-the-dial rock music over the last four decades. As a young Southerner he visited and then moved to New York City right as CBGB's and Television were exploding, he helped found the dBs and Let's Active, which put him on on the ground floor of … END_OF_DOCUMENT_TOKEN_TO_BE_REPLACED

Here is some information on my book, which Yale University Press published in 2015. (Buy it from Powell's, here.) Some advance praise: With coolness and equanimity, Scott Timberg tells what in less-skilled hands could have been an overwrought horror story: the end of culture as we have known … END_OF_DOCUMENT_TOKEN_TO_BE_REPLACED