SOMETIMES I wonder why the words — especially the personal essays — of Richard Rodriguez hit me so directly. He is a gay Latino born in the ’40s, a devout if conflicted Catholic, and on many issues a political or social conservative. My origins and allegiances are very different and coincide with none of those categories (I have long thought of myself, for instance, as a Protestant agnostic on religious matters.) 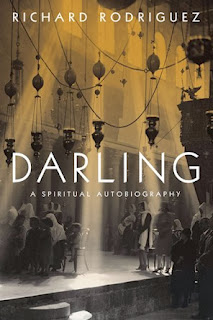 Part of my connection to Rodriguez’s work, I think, is that he writes so well about California, a major concern for The Misread City. But mainly, our mismatched alliance comes simply from the power of great writing, and deep thinking. I’m always curious what he has to say, even when we (frequently) disagree.

His elegant new book Darling is on religion after 9/11, and it’s his first in a decade. It’s my favorite work of his going back even longer.

Here is my Salon interview with Richard Rodriguez.

Here is some information on my book, which Yale University Press published in 2015. (Buy it from Powell's, here.) Some advance praise: With coolness and equanimity, Scott Timberg tells what in less-skilled hands could have been an overwrought horror story: the end of culture as we have known … END_OF_DOCUMENT_TOKEN_TO_BE_REPLACED