RECENTLY I went to the Annenberg Beach House — the same spot on which William Randolph Hearst once built a 110-room love nest for his affairs with Marion Davies — to try to figure out the future of cultural journalism. This summit on the crisis of the arts press was put together by the Getty and USC folks. 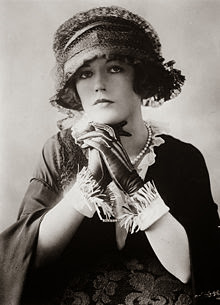 On that cloudy day in Santa Monica, the Getty’s arts fellows — a very sharp bunch — from the US and UK spoke and argued with some local artists and arts leaders, media scholars, tech-kids and foundation types. Some fascinating conversation, some depressing, some encouraging.

I wrote two essays on how the whole thing worked out. In the first, “A Day Full of Questions,” tried to document the day’s debates as accurately as I could. The second piece, “Some Unanswered Questions,” looks at the issues that didn’t come up, or didn’t seem substantially resolved. (In the first piece, perhaps, I am playing reporter, in the second, a critic.) That one concludes with what ended up being an intriguing dinner at director Peter Sellars’ house.

For anyone with an interest in these things, I encourage you to take a good look at the rest of the site, which Doug McLennan, the ArtsJournal.com founder who put it together, calls a virtual summit. There’s a lot of spark and intelligence on the site, though no easy answers.

Here is some information on my book, which Yale University Press published in 2015. (Buy it from Powell's, here.) Some advance praise: With coolness and equanimity, Scott Timberg tells what in less-skilled hands could have been an overwrought horror story: the end of culture as we have known … END_OF_DOCUMENT_TOKEN_TO_BE_REPLACED