THIS week on HBO, Americans can catch up with a literary adaptation that hit hard in the UK last year: Parade’s End. Godlike playwright Tom Stoppard adapted this series of four short novels by the underrated Ford Madox Ford — published in the ’20s and set around World War I. 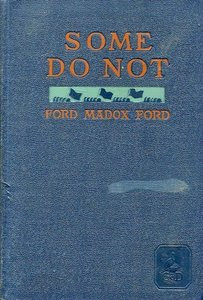 Yours truly had a story today on the miniseries and the process of adapting a very long and difficult text. It meant, among other things, that I got to sip coffee with Stoppard at the Chateau Marmont while the crew set up for the Vanity Fair party. (Overall, I’d rather have a serious conversation with a major writer, so I don’t mind not being invited this year.) 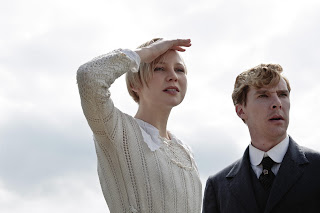 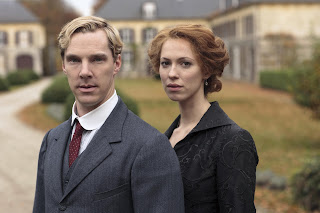 I have more good cuttiny-room-floor material from this story than I usually do, including a long interview with Benedict Cumerbatch, who plays the lead role. I’ll post some of it here once I clean a few things up.

And here is my original ending to the piece, which will make the most sense to those who’ve seen most of the miniseries:

Tietjens’ wife doesn’t have the same regard for him. Hall plays Sylvia as a lusty, restless redhead – Molly Ringwald’s evil twin. But she’s not, Hall says, simply evil: The actress was in awe of her character’s audacity as well as her contradictions. “I thought, if they don’t hate me by the end of the first episode, I’m not doing my job. And if they don’t like me by the end of the fourth episode, I’m not doing my job. I have to play those extremes.”
The stubbornness of these three characters puts them on a collision course that resolves in the mini-series’ last scenes. Stoppard, in his initial meetings with the show’s producers, emphasized that this was not going to be a war film: The war serves, instead, as a metaphor for changing times in the same way that Crawley manor does.
“It was the war that forced British society to go through this sea change,” he says. “In 1918 women got the vote – [though] not all of them. Social values, moral values. All the arts kind of went berserk in the face of the horrors that had been witnessed. And you can see how absurd it would have seemed for Tietjens to hold onto his prewar worldview. Or his view of himself for that matter.”

Here is some information on my book, which Yale University Press published in 2015. (Buy it from Powell's, here.) Some advance praise: With coolness and equanimity, Scott Timberg tells what in less-skilled hands could have been an overwrought horror story: the end of culture as we have known … END_OF_DOCUMENT_TOKEN_TO_BE_REPLACED