THE history of an art form is more than just the biography of its exemplars. But you wouldn’t know it by reading most histories of jazz. (I’m speaking here of some books I really like, by the way.) A fresh, engaging new book by Marc Myers, a Wall Street Journal contributor, tells the story so differently than the way we normally hear jazz history that reading it is a kind of unfolding revelation. Even if you know the overall story pretty well. 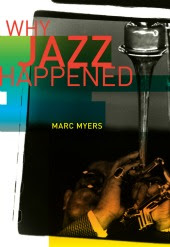 Why Jazz Happened, published this month on the University of California Press, calls itself the first social history of jazz; it concentrates on structural factors – economic developments, demographic shifts, changes in technology, and so on. We get appearances from Charlie Parker, Miles Davis and Ornette Coleman, but we get recording bans, suburbanization and race riots as well. And it’s told smoothly and often briskly.
Unlike most cultural histories, this one doesn’t overlook the role of the West Coast. (Speaking of the West Coast, RIP to Concord, CA native Dave Brubeck.)
Here’s my exchange with Myers, whose award-winning blog JazzWaxis well worth a look as well.
Part of me wonders why it took so long for someone to do this. But: What made you want to write this kind of atypical, outside-in musical history? Did you have a specific historian or historical school in mind as a model?
Most jazz histories have been written from the inside out—meaning the writer’s perspective and conclusions were based largely on the artists and the albums they recorded. Such books don’t often account for external forces or the economic, business, cultural and technological events that took place and had an impact on artists and how they thought and created.
When I was studying history in Columbia University’s graduate program in the 1980s, social history was hot. “What” was important but so was “why,” and “why” was often much more interesting in explaining timelines and outcomes. So whether you were researching the Civil War, Imperialism or the Depression, the facts themselves were essential but so were the socio-economic issues that enabled such events to take place when they did.
I wanted to approach jazz the same way. Instead of treating it as a string of musicians and recordings, I wanted to see what forces outside of jazz caused jazz styles to change so rapidly between 1942 and 1972. By forces, I mean the opportunities that musicians faced and he pressures they faced. What I discovered is that the 10 major styles that surfaced between 1942 and 1972 did so for reasons that went beyond the genius of the artists.
You concentrate mostly on the years 1945 to ’72 – less than three decades across the century-long span of jazz as a distinct musical form.  What made those the key years?
Before 1942, jazz was largely dance and folk music. From the start in 1917—when jazz was first recorded in New York—the music had a practical purpose. Its fast pace and steady tempo was background for those spending a night out in restaurants or ballrooms. And if you liked the music you heard there or on the radio, you bought a phonograph and records. Or jazz was the blues—a folk form imported from the South and interpreted by ever-larger orchestras. There was some jazz improvisation during the period, but not much. 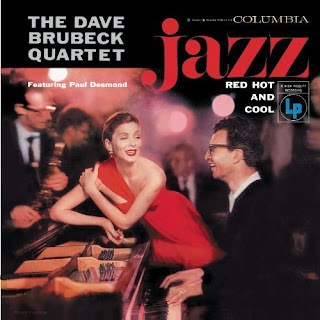 Here is some information on my book, which Yale University Press published in 2015. (Buy it from Powell's, here.) Some advance praise: With coolness and equanimity, Scott Timberg tells what in less-skilled hands could have been an overwrought horror story: the end of culture as we have known … END_OF_DOCUMENT_TOKEN_TO_BE_REPLACED