THE latest installment for my Influences column is Ben Jaffe, son of the founders of Preservation Hall Jazz Band and the New Orleans institution’s current leader. (My story is here.) 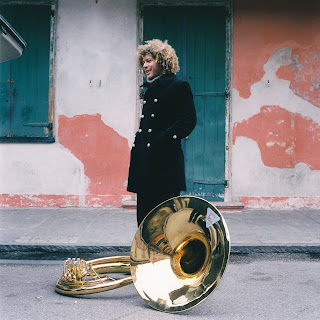 The group will be at Walt Disney Concert Hall next Tuesday, in collaboration with a contemporary dance group, the Ben McIntyre Project.

Here is some information on my book, which Yale University Press published in 2015. (Buy it from Powell's, here.) Some advance praise: With coolness and equanimity, Scott Timberg tells what in less-skilled hands could have been an overwrought horror story: the end of culture as we have known … END_OF_DOCUMENT_TOKEN_TO_BE_REPLACED