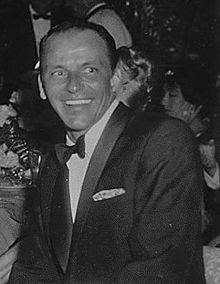 Legendary choreographer Twyla Tharp is back in the news for her upcoming show on the songs of Frank Sinatra. This strikes me as at least one step up from, say, Billy Joel, whose work she adapted in 2002. (We here at The Misread City really dig Capitol-era Sinatra, despite his audacity at not growing up on the West Coast.)

A few years back I spent some time with Tharp as she led a group of USC arts students through a kind of highbrow Gong Show. You could smell these kids sweating. 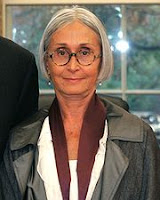 HERE is my profile of the very intense, super smart Ms. Tharp, who is a daughter of the Southland: She grew up in San Bernardino, the daughter of a couple who ran the drive-in movie theater near Rt. 66. She later came up with what one dancer called a combination of Fred Astaire, Balanchine and street cool, and the ability to blend intellect with passion and physicality.

As intimidating and brusque as she is, I came out of my interview really liking the choreographer.

Here is some information on my book, which Yale University Press published in 2015. (Buy it from Powell's, here.) Some advance praise: With coolness and equanimity, Scott Timberg tells what in less-skilled hands could have been an overwrought horror story: the end of culture as we have known … END_OF_DOCUMENT_TOKEN_TO_BE_REPLACED