The Metropolitan Opera’s world premiere staging of The Hours – which opened Nov. 22 and plays through Dec. 15 – would be one of the season’s major cultural events if only because it’s three interweaving stories are headed by the most celebrated singers of our time: Joyce DiDonato as the legendary Mrs. Dalloway author Virginia Woolf, Kelli O’Hara as the suicidal 1950s housewife Laura Brown and Renée Fleming as the 21-st century New Yorker Clarissa Vaughan trying to throw a reception for an angry, AIDS-stricken author.

At the unstaged concert performance with Yannick Nézet-Séguin conducting the Philadelphia Orchestra (Jennifer Johnson Cano singing in place of DiDonato) earlier this year, the opera itself made such a strong impression – It grabbed me in the guts and didn’t let go – that the divas were almost beside the point. The prospect of a fully-staged opening night upped the promising factor. And yet…the opening night reaction seemed warm, welcoming but muted. My perception seemed to be a bit in the minority. Had I imagined elements that weren’t there? Or was there something in my world view that gave me a special “in”?

I ask these questions because I wasn’t there. Due to a schedule conflict, I listened to the Met’s live opening night broadcast from its website – sound only. The music-only experience was even stronger than in Philadelphia. The singers knew the piece better, both musically and dramatically. Time and again, the Kevin Puts score was full of ingenious transitions – as it had to be in juxtaposing the three stories that were so deftly drawn by librettist Greg Pierce.

The orchestration glistened with dream-like qualities that allowed three different time periods – between-the-wars England, 1950s America and AIDS-era New York – to co-exist with individual sound palettes without any sense of incongruity. Opera critics and audiences have a right to be skeptical of new works: They can dazzle on first hearing with virtues that vanish like a morning- after mirage or seem promisingly opaque at first but not deliver on later hearings. But The Hours, I suspect, is the real thing – and not because it rides on the coat tails of the source material, which, by the way, achieved no critical consensus. Even those who loved the 2002 Oscar-winning film didn’t agree on why.

In fact, I walked out on it.

And that’s despite having lived two of the three stories that are woven together. The experience was so fresh in 2002 that seeing Ed Harris as the AIDS-ravaged writer edging toward the open window (and his suicide) sent me out the door. Returning to the film in recent years, I feel like the Michael Cunningham source material (which I scanned to see how it had been adapted) didn’t earn the characters the redemption that they asks for. I don’t buy Mrs. Brown’s excuse for abandoning her family and leaving her son forever traumatized. And the suicide feels like a dramatic device.

Yet the Puts score obviously inhabits a different realm that takes me into the inner lives of these characters so much that, while I can’t endorse them, I also can’t judge them, and perhaps can even love them in a certain way.

Obviously, there’s no one way to hear any score. My journalistic duties for the Philadelphia Inquirer required me to initially get to know the opera by reading through the piano-vocal score in advance of the pre-Met Philadelphia Orchestra concert performances – an experience that was thrilling in its own beyond-sound way. I also had the advantage of hearing three previous Puts operas, though none spoke to me as strongly as The Hours. But is it possible that the Met’s Phelim McDermott production, simply by faithfully portraying the time periods, restored exterior elements to the characters that made them highly questionable all over again for the in-house audience? In other words, the characters went from being who they are to what they are.

It’s a point worth extensively pondering: How much does what we see change what we hear even among the most sophisticated audiences? The most blatant example is Samuel Barber’s 1966 Antony and Cleopatra, which is considered one of the great flops of the 20th century. Photos of the Franco Zeffirelli production suggest that these ancient Egyptians looked more like space aliens (and remember that 1960s audiences, unlike now, weren’t used to that). But hearing the live opening-night recording convinces me that it’s top-drawer Barber and not a note in the sprawling score should be cut.

Another Antony and Cleopatra, earlier this year by John Adams, similarly had mixed reviews in San Francisco: As heard on a live video stream, the score showed the composer at his peak but wrestling with a clumsy adaptation of the Shakespeare original and a drama-diffusing production that was about the golden age of Hollywood. Composers, all to often, have suffered from productionitis. So audiences at The Hours beware: How much of what you see disguises what you hear? 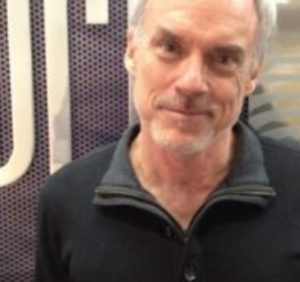 "Condemned to Music" is the famous description of the Russian conductor Evgeny Mravinsky: His single-minded life was one orchestra, a severely limited, carefully selected repertoire and an overall sense that this was his only possible path. I have been similarly sentenced – luckily.  (Excpt that … END_OF_DOCUMENT_TOKEN_TO_BE_REPLACED