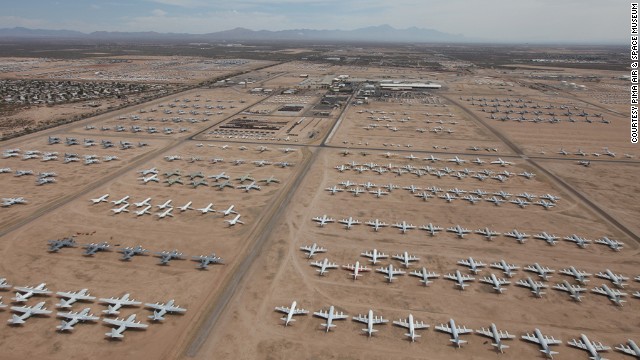 With os gemeos’s completion of the FIFA airplane for the Brazilian World Cup Team, I noticed the on-going exhibition in Pima, Arizona of street artists who have painted abandoned planes at the famous airplane “boneyard” and now museum.    We can’t forget Calder for Braniff in the 1970s and the unknown-to-me artist for Ecuatoriana.  Please forget Peter Max for Continental. 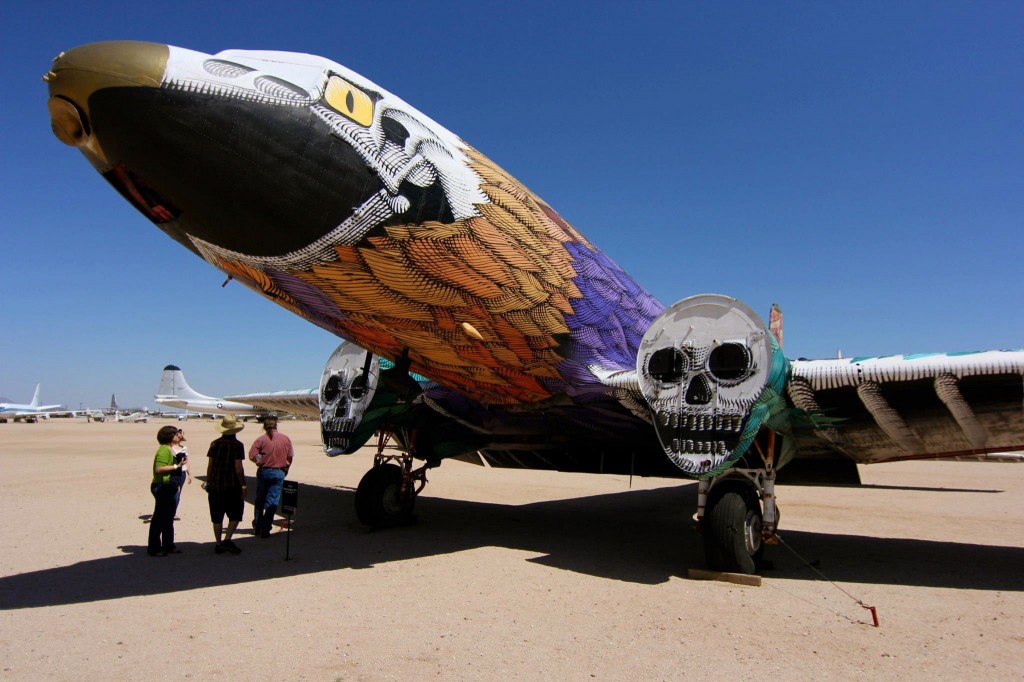 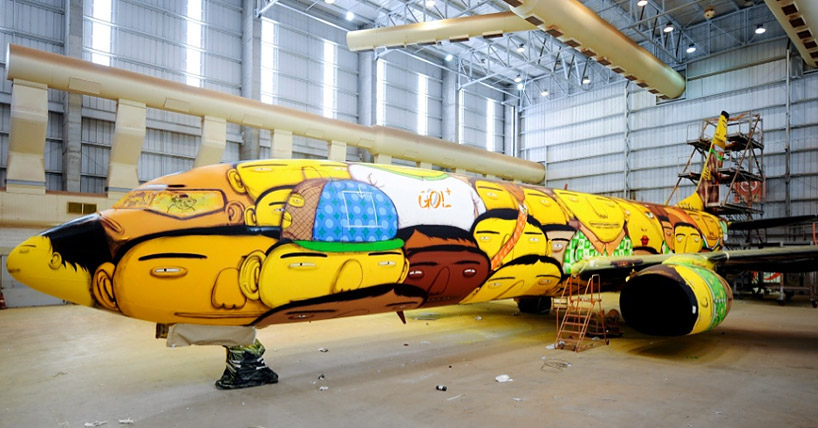 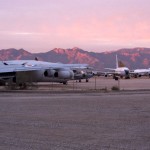 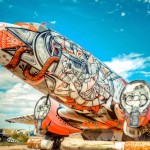 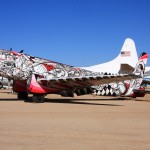 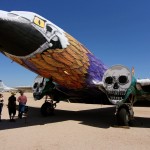 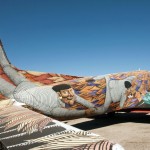 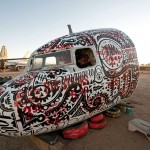 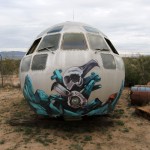 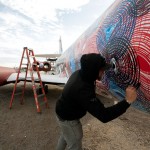 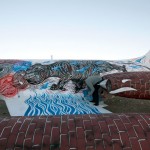 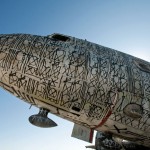 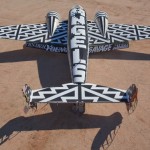 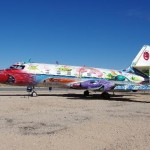 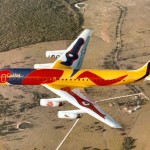 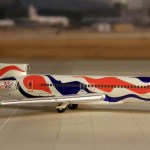 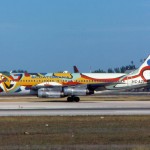 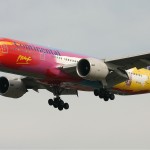 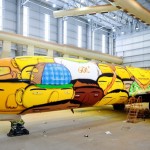 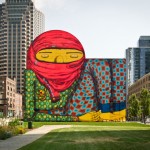