I will be spending next week in warm, sunny Long Beach, California, at the Fourth International Conference on Minimalist Music, sponsored by the Bob Cole Conservatory at Cal State Long Beach. It's the great biennial social event of my life, and I wouldn't miss it for the world. I'm delivering my paper "'Eventfulness Is Really Boring': Robert Ashley as Minimalist" on Saturday morning, October 5, at the 11:30 session, and there's another Ashley paper as well, by Charissa Noble. In addition, on Oct. 3 pianist Bryan Pezzone is giving a piano … END_OF_DOCUMENT_TOKEN_TO_BE_REPLACED

Today at a local hangout I met Hudson Valley composer Brian Dewan. I knew the name. We got to talking, and he mentioned a composition teacher of his who had enlarged his view of modern repertoire. Idly curious, I asked who it was. "Joe Wood," he replied. I think my glass of wine hit the bar with a thud. "Joe?! Wood?! You went to Oberlin?" He had, eight years after I did. Joseph Wood (1915-2000) was a composer who had come mainly from the commercial music world. Wikipedia credits him with an arrangement of "Chiquita Banana" for Xavier … END_OF_DOCUMENT_TOKEN_TO_BE_REPLACED 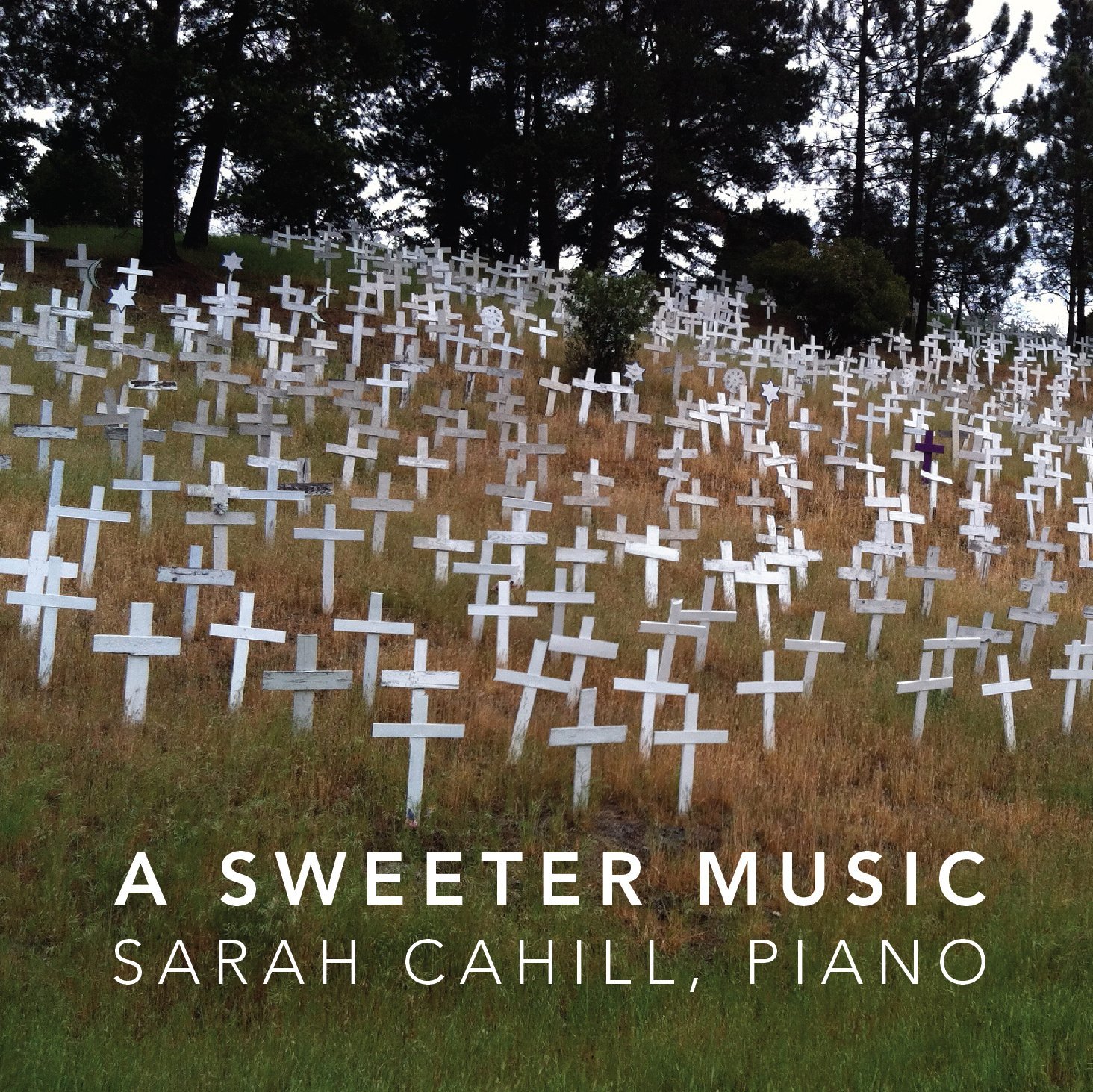 I am in receipt, today, of a few copies of pianist Sarah Cahill's new compact disc on the Other Minds label, A Sweeter Music. It's a compilation of eight pieces from her project commissioning composers to write music that protests war and urges peace - out just in time for our Nobel-winning president to bomb the hell out of Syria. On it Sarah plays (and speaks) my War Is Just a Racket, on a 1933 speech by General Smedley Butler, along with other pieces by Terry Riley, Meredith Monk, Frederic Rzewski, Carl Stone, Phil Kline, Yoko Ono, and the … END_OF_DOCUMENT_TOKEN_TO_BE_REPLACED

Why are good teachers strange, uncool, offbeat? Because really good teaching is not about seeing the world the way that everyone else does. Teaching is about being what people are now prone to call counterintuitive, but to the teacher simply means being honest. - Mark Edmundson, Why Teach?: In Defense of a Real Education, p. 181 At the request of my department chair - and he so rarely asks me for anything, I could hardly have turned him down - I am teaching a 20th-century music history survey course, or rather, music since 1910. I've … END_OF_DOCUMENT_TOKEN_TO_BE_REPLACED

I picked up Mark Edmundson's book Why Teach?: In Defense of a Real Education because of a Times review that mentioned his complaint about a college culture in which professors give slim homework assignments in return for good course evaluations from students. Boy, did that strike a nerve. Those student evaluations carry enormous weight. I do well on them. I'm a pretty good song 'n' dance professor. I bring up episodes from The Simpsons to make a point. I slip quotations from The Big Lebowski into my lecture and glance around the room to see who … END_OF_DOCUMENT_TOKEN_TO_BE_REPLACED

From Mark Edmundson's Why Teach?: In Defense of a Real Education: It's his capacity for enthusiasm that sets [a favorite student he has described] apart from what I've come to think of as the reigning generational style. Whether the students are fraternity/sorority types, grunge aficionados, piercers/tattooers, black or white, rich or middle class... they are, nearly across the board, very, very self-contained. On good days they display a light, appealing glow; on bad days, shuffling disgruntlement. But there's little fire, little passion to … END_OF_DOCUMENT_TOKEN_TO_BE_REPLACED