One of the orneriest musicians in history, swing-era bandleader and clarinetest Artie Shaw is the subject of a new biography by Tom Nolan. What a character Shaw was — rising to great heights, dropping out of music when his fame and talent were at their highest,  provoking no less than THREE of his many ex-wives to write memoirs about him. He spent his last four decades in the west Valley. 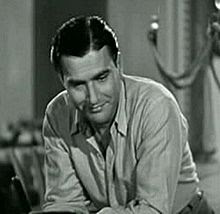 Nolan is an L.A. based culture writer who wrote the definitive biography of a beloved figures for readers of The Misread City — noir novelist Ross Macdonald. His new book, Three Chords For Beauty’s Sake: The Life of Artie Shaw, is just out on Norton. (Review here by music historian Ted Gioia.)

The anecdote Nolan recalls on the first few pages, about Shaw’s attempt to woo a girl he fancied, is so funny and profane I’m tempted to recount it here. But I’ll let readers experience it for themselves.

What follows is my Q+A with Nolan:

Just how famous and influential was Artie Shaw at his apogee?
Artie Shaw, in the late 1930s and throughout the ’40s and ’50s, was one of the most famous people in the world.  He sold millions of records, was in movies and on the radio, and often made the front-page with news of his sensational career and marital doings.  He was well-known and popular in Europe and beyond.
In July of 1941, Time Magazine wrote that “for the youth of Germany … the U.S. … [is] the land of skyscrapers and Artie Shaw and Clark Gable.”
As for influence: His hiring (at different times) of African-American band-members Billie Holiday, Oran “Hot Lips” Page, and Roy Eldridge hastened the public integration of jazz (as did Benny Goodman’s combos); swing music’s progressive actions in this regard preceded major-league sports’ by almost a decade.
And his orchestral conceptions, his periodic use of strings and classical horns, and the arrangements he commissioned from such talented men as William Grant Still and Eddie Sauter changed the nature of big-band jazz. The critic Nat Hentoff, in a jacket-quote for this book, called Artie Shaw “the most creative clarinetist in jazz history … an orchestra leader who not only produced hits but also new dimensions of this music.”
What made you want to write about him?
He was a fascinating person and a great great artist.  He deserved a decent biography. We got along well: He liked to talk, and I think I’m a good listener.
The opportunity begged to be seized.
Shaw married eight times, called his fans “morons,” went from great fame to great obscurity… Sounds like an odd cat — was he?
He was brilliant, self-centered, very protective, even a bit shy. From a young age, he never felt safe in the world.  He didn’t like crowds, but he was dependent upon them for his living.  All things considered, I think he did fairly well. (And he didn’t call all his fans ‘morons’ — just the obnoxious jitterbugs who’d jump onstage and disrupt the show, something all the bandleaders were upset about in 1939.  Artie was almost the only one with the guts, or poor judgment, to complain in public. And he paid a big price.)
You call him “jazz’s Hamlet”?
Because he could never decide whether he wanted to be a bandleader or a writer, a celebrity or a private person, a married man or a lone wolf — or so it seemed to the public.
How do you explain his dropping out of music near the height of his fame?
Leaving was his lifelong way of coping with circumstances not to his liking or beyond his control.  The first time he left music, he wasn’t even famous yet — just very successful as a New York radio orchestra-player; but he hated the commercial sounds he was forced to make, so he bought a farm in Bucks County and tried to write a novel.  He went back to the business as the swing-music craze began and became a huge star, but the pressures he faced were enormous.  “Quitting” in 1939 was his way of getting a vacation, and starting the game again on his own musical terms; he was only gone a few months. He’d repeat this pattern throughout his career — always coming back with a new concept and playing better than ever.
How was this project different from writing about Ross Macdonald?
Ross Macdonald left a large archive filled with personal correspondence, which I spent years going through.  Artie Shaw’s official archive contains his orchestras’ arrangements but not too many private papers.  But Artie gave lots of interviews over the years, and I pored over those.  For both projects, I spoke with many of the subjects’ colleagues and friends.  And I visited with Artie several times during the last 14 years of his life.  That was the biggest difference: I never met Ross Macdonald.  But Artie did: During the 1970s and ’80s, he often attended the twice-a-month Santa Barbara writers’ luncheon co-founded by Macdonald.
Tom Nolan appears at Book Soup on Sunday May 23 — the 100th anniversary of Artie Shaw’s birth — at 5 p.m.

Here is some information on my book, which Yale University Press published in 2015. (Buy it from Powell's, here.) Some advance praise: With coolness and equanimity, Scott Timberg tells what in less-skilled hands could have been an overwrought horror story: the end of culture as we have known … END_OF_DOCUMENT_TOKEN_TO_BE_REPLACED