You are here: Home / Archives for Syracuse Symphony 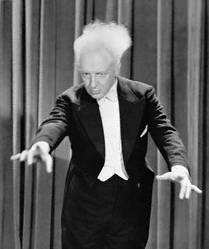 At Tanglewood, quite a long time ago, Louis Krasner told me a story. For many years, he was the concertmaster of the Syracuse Symphony. A benefit concert had been arranged. Leopold Stokowski was coming to conduct Beethoven's Fifth Symphony. The orchestra members speculated -- how would Stokowski conduct the iconic opening measures? Slow, with big fermatas? In tempo, à la Toscanini? What would the Maestro do? According to Krasner, Stokowski … END_OF_DOCUMENT_TOKEN_TO_BE_REPLACED

Music is changing. Society's changing. Pianists, and piano music, and piano playing are changing too. That's PianoMorphosis. But we're not only reacting... From the piano -- at the piano, around the piano -- we are agents of change. We affect … END_OF_DOCUMENT_TOKEN_TO_BE_REPLACED