You are here: Home / Archives for Patrick 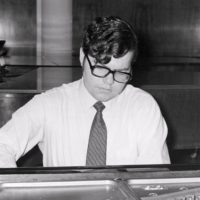 My introduction of Emanuel Ax in May in Boston, as he received an honorary doctorate from New England Conservatory. "For a long time the listeners of the world have admired -- for a long time, the listeners in the world have loved Emanuel Ax. Hearing him play Century Rolls, the piano concerto written in 1997 by John Adams for him, first played by Mr. Ax and the Cleveland Orchestra, I was thrilled. As I was thrilled hearing him play Brahms’ … END_OF_DOCUMENT_TOKEN_TO_BE_REPLACED

Music is changing. Society's changing. Pianists, and piano music, and piano playing are changing too. That's PianoMorphosis. But we're not only reacting... From the piano -- at the piano, around the piano -- we are agents of change. We affect … END_OF_DOCUMENT_TOKEN_TO_BE_REPLACED