You are here: Home / Archives for Freud 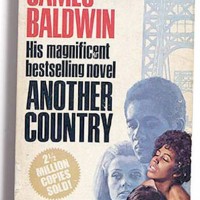 This would normally be where a guy like me concludes by showing how I resolved my dirt issues, or at least negotiated a balance between cleaning and living free. But that would be a kind of cleaning up, wouldn’t it. At the same time, because pornography has entered the building, the dirty-string gatherer is tempted to state that he can literally visualize dark-blue passages in his introduction to printed dirt: James Baldwin’s  Another Country, which was passed around in high school till it disappeared. Don’t believe me? “Did he fuck … END_OF_DOCUMENT_TOKEN_TO_BE_REPLACED

The media make a potentially fatal mistake by dividing arts coverage into high and low, old and young, and by trivializing our passionate attraction to things. In Out There I propose that all creative expression has the potential to be both … END_OF_DOCUMENT_TOKEN_TO_BE_REPLACED