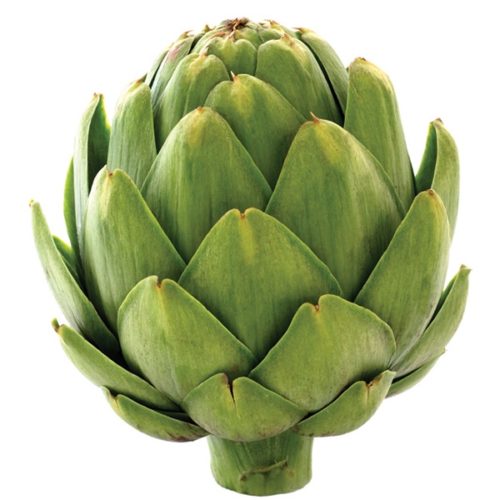 A while back I read that some folks were plucking artichokes from farm borders off the roads in California, apparently to sell. One doesn’t immediately think that these green aardvarks are sustenance, although, indirectly, they may certainly serve. Are they delicate or rugged? All my life I’ve eaten them, but have no idea.

False duality, anyway. Delicacy and ruggedness are not opposites at all.

The artichoke embodies mystery, and that’s because it’s not an obvious temptation.

The cooking-eating part of me and thinking part don’t often coincide, and I’ve never been sure just why. Constant readers may be puzzled, but it’s time for me now to claim my gaydom by throwing to the ground the primary artichoke quote. The other — “It may have choked Artie…” — I’ve cited before from the “Our Gang” comedies and I don’t wish to plagiarize myself, although writing anything makes that a certainty.

“Remind me to tell you about the time I looked into the heart of an artichoke.” 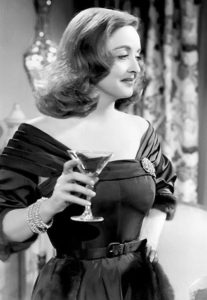 Joe Mankiewicz wrote the line seven decades or so ago in All About Eve, but she rewrote it with her lifesize Bette Davis pen.

Her glass is in my hand. There’s many a twist and turn in a martini, but looking at the ceiling, I see something glowing and revolving, throwing off gunpowder lights from under its scaly leaves. It’s time to vegeta … celebrate!

No one expects 2018 to be easy. How does an artichoke taste as it drops from the tower in Times Square? “Flavor,” a word that seems clear, is always vacant until filled not only with a taste of food, but with the experience of that taste. It’s rarely used when “artichoke” comes up. Ask your best friend how an artichokes tastes, and for just a second you’ll wonder why you’re friends.

Italians are laughing, but that won’t last long. Yes, citizens of any kitchen can smash and fry the baby ones, resulting in oily, brittle Jewish versions, oh so easy to love. I am not arguing with the expensive miracles I ate in Rome, or simple plates of them, velvety and crisp, at the long-mourned trattoria on Manhattan’s East 9th Street, Col Legno, or even potted-vinegar hearts that stopped beating as soon as their tiny glass jars appeared.

Mind-numbing, that a food, and eating it, could be distilled to a goal, made single. The globe artichoke’s essence is a paradox, because …

I’m faced with a daunting problem, because no one, certainly not me, wants a lesson in plant metaphor. The first way around this is to imagine a film, black-and-white, in the style of a WWII instruction documentary, in which we watch a male or female, in white shirt or blouse, begin and end the process of negotiating, dismantling and eating a solitary choke. No smile, no telling eye-crinkle, nothing but step-by-step on a plate and side plate for the tooth-scraped leaves or petals.

No sense from his or her robotic expression that the scraping reminds anyone who has been seriously hungry that every shred of food is crucial. I’ve always found animal comfort, and more, when looking at the tracks of my teeth on these hunger manuscripts.

Then a uniformed hand removes the pile, and we stare at a dull, mottled navel, the part they call the heart. That’s supposed to be the target, but let’s think about this in another way. I know someone, a kind and intelligent fellow, who will not eat the good pieces of a lobster. He waits for his companions to strip and swallow the claw meat and tails and then grabs the carcasses off our plates and begins his “scraping of the teeth.” Each wet tendril, green seed-egg and pearlescent clot is coddled and sucked to moans of enjoyment. Ten, 20, even 30 minutes pass. He knows that the life of the lobster deserves full appreciation.

We are supposed to scrape, with a spoon, the choke from the heart. My avid friend would leave the heart and eat the choke, which has a sandy flavor that’s overwhelmed by its feathery, lung-clotting texture, something that ravenous raccoons spit out. The remnant we are said to seek is left centered on the plate.

So we lift our knifes and think to cut it. Thumbsize? Shall we eat the solid gray cipher without salt, emollient? Yes, because the heart’s the goal.

Our instructor looks at the camera with serious eyes.

“This is the part your children will like the most.”

Projector clicks to flicker, then off. I have no children, and even in my imagination the little ones would be more invested in the piecemeal taking-apart of the universe in front of them, studying, playing, not caring one whit for an adult full stop at the end.

This is dedicated to the work and memory of my dear friend and constant reader, Robin Holland.

The media make a potentially fatal mistake by dividing arts coverage into high and low, old and young, and by trivializing our passionate attraction to things. In Out There I propose that all creative expression has the potential to be both … END_OF_DOCUMENT_TOKEN_TO_BE_REPLACED