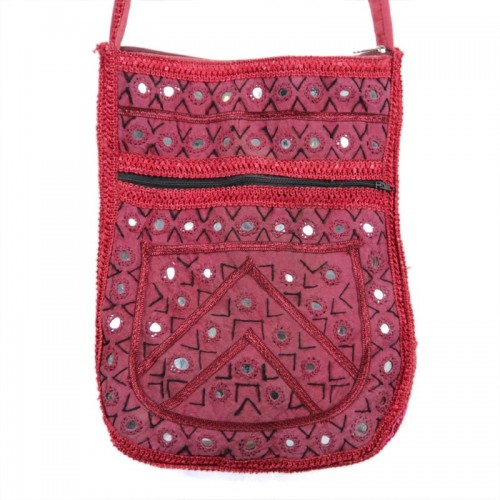 Ever since I came out, when I was a grad student in ’70 or ’71, I have carried some kind of small bag. My friends at the University of California, San Diego, may recall that I was never without my red, mirrored Indian satchel — until it fell apart, dropping random mica chips under the campus’s fragrant eucalyptus trees.

At the time, I occasionally wore bell-bottoms with lace I sewed on the cuffs and soft beige blouses, hoping not to get mascara on the silk: very hard to wash out. That was when the Cockettes

were kicking up their high heels upstate in San Fran; so I taught Marx and Melville in what was then called “genderfuck” drag. My students were too centered on surf to be distracted. 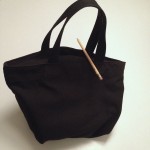 Now I have this cheap, clever indigo item I found at the Japanese store Muji, in a branch on Cooper Square in New York’s East Village, close to the old Carl Fischer Music building. Not to digress, but the last classical sheet-music purveyor in New York, Frank Music, closed yesterday.

I spread open the large, empty sack with a smile, but also inquired why she hadn’t asked the shopper who had just left to open up her small bag. “But that was a purse, a lady’s purse,” the youngster said.

In the space of a second, I lost decades. My face must have reddened, and my voice, always high, approached countertenor.

“Well, this is MY PURSE!” I was back in some brave march, screaming for what we then called gay liberation. I felt angry, big angry, as I did years ago. It’s the only time travel — except in dreams or books — I have ever experienced.

You are dead wrong if you think those dozens of marches, confrontations and arrests were ineffectual. They powered and achieved most of the change my husband and I enjoy now.

The poor thing; she hadn’t a clue. “The manager makes us ask this. You have to open it.”

A line was forming behind us of carts holding lady’s purses, some of them as big as the Ritz…Cracker five-pounder, so she became increasingly upset. A silver-haired man with what he called a purse was not what her day allowed. Yet she asked me again to open it. Of course I didn’t, and she gave up.

In case you’re wondering, this wasn’t one of my long-gone drag outings. Those clothes don’t fit. Just the dark, dark bag.

Dear readers, if you know what “Then hit ’em with your pocketbook, Stanley” refers to, you’re in my world and no doubt understand.

The media make a potentially fatal mistake by dividing arts coverage into high and low, old and young, and by trivializing our passionate attraction to things. In Out There I propose that all creative expression has the potential to be both … END_OF_DOCUMENT_TOKEN_TO_BE_REPLACED