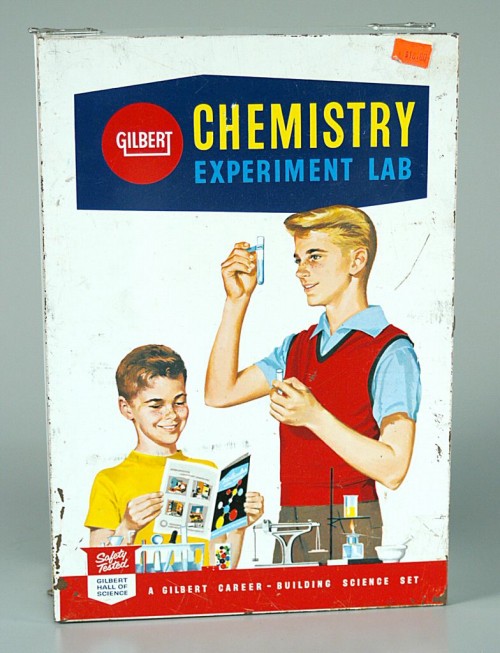 When, for his ninth or tenth birthday, my spouse received a Gilbert chemistry set, all he wanted to do, he told me, was to make perfume and explosives. I had begged my parents for the same gift, probably for similar reasons, but a cheap plastic microscope must have “fallen off the truck,” because that’s what I got instead. What a whiny child I must have been.

Quickly amoeba-centered and science-tracked, I was given the opportunity to work with a scientist at what was then called the Rockefeller Institute, in Manhattan, before leaving high school. I did successful experiments, experiments that were published in real-life journals, but not because I was prodigy-smart. It was because I could clean.

I labeled and painstakingly filled row after row of sparkling test tubes, my own immaculate soldiers. Centrifuges, pipettes, serial dilutions were my familiars. In order to be a true laboratory scientist, the conventional thinking went, you had to be able to replicate any valid experiment: results from one to the other must be more or less the same. And the enemy of replication was contamination; a speck of foreign matter could screw up everything.

Measurement pipettes, which are glass “soda straws” with bores as narrow as an eyelash, were especially difficult to clean, and to use: in an instant, you could suck up all sorts of toxic fluids. If you sputtered and spat out the poison, months of work were ruined, so you swallowed and kept your mouth shut.

Both scientist and housekeeper know in their bones that the enemy may be invisible. Not because it’s minute, like a peekaboo bacterium, but because it will in due course be defined as something, anything, that “shouldn’t be there.” A flake of dander, bead of saliva, salt-ghost of a tear: all strangers, all adversaries, all dirt.

Because of my unusual home-schooling, I was ready to purify any experimental volume or surface – usually Pyrex beakers and Erlenmeyer flasks. The trick was to find a cleaner that would not itself become the dirt it was trying to eliminate, a paradox any residue-fighter understands. The answer was invented the same year as Pearl Harbor, a “critical cleaning detergent” from White Plains, N.Y. called Alconox.

Soon I learned how to dissolve it, wash implements with it, rinse it and rinse it again in a manner that made it impossible for even an ancestral memory of the cleanser to linger. 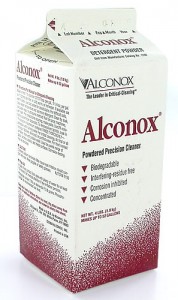 In the labs I graced, I became Master of Alconox, though I almost failed organic chemistry and was much more interested in Edgar Allan Poe than in proving that because tranquilizers such as Miltown (the one my mother took) were technically sudsy detergents, Tide could be a tranquilizer too – a real thesis back then, one I helped to quash. My ability to wash and rinse won me a scholarship to college, and then to grad school in Riverside, California, the right place to study the effect of smog on the growth of spinach.

Every other morning, just after sunrise, I would accompany lanky, charming Peter, an older colleague from Australia, to the extensive spinach fields near our lab. We’d trudge through ditches and mud to pick the choicest emerald leaves, which we’d run back to the university and wash and grind to a Popeye mush for our photosynthetic trials.

My sneakers and bell-bottoms were always filthy, but because I had an optimistic crush on Peter, who had at least two steady girlfriends, it made absolutely no difference: he was my first Aussie, and that was that. I dreamt about him putting his long arms around me and doing other things, but suddenly, to everyone’s surprise, he announced that he was going back to Perth. So, just as suddenly, with nothing but spinach and dirt to look forward to, I quit science and Riverside, part of what they call the Inland Empire, altogether.

The media make a potentially fatal mistake by dividing arts coverage into high and low, old and young, and by trivializing our passionate attraction to things. In Out There I propose that all creative expression has the potential to be both … END_OF_DOCUMENT_TOKEN_TO_BE_REPLACED