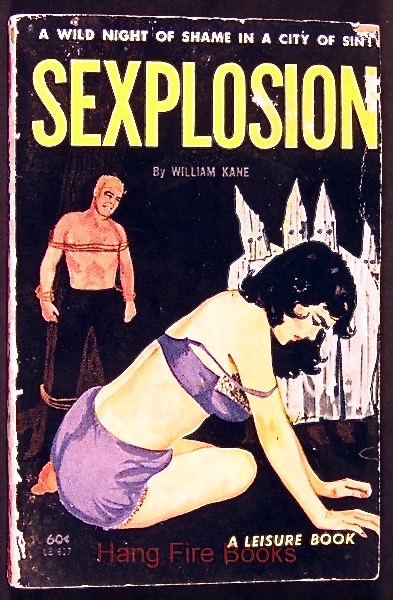 Now I was set up in San Diego, studying English and American literature because a really nice professor I knew with the odd first name of Sacvan – yes, Sacco and Vanzetti, plus his parents named his red-diaper sister “Ninel,” which took me forever to figure out – said anyone could do it, could do lit, and he eased my path. Hard to know in retrospect if he had been kidding.

How would I make a living? Teach Jane Austen and Karl Marx to sun-dappled surfers, whom I knew had something to teach me, though I didn’t yet know what. Supplement that taco paycheck by showing my pallid naked body to art students, so they had something to sketch or sculpt while giggling.

Still, it wasn’t enough. I tacked an index card onto the school’s employment bulletin board, and because lives partake of the inevitable, anyone who’s paid the slightest attention will know what it said. That same, yellowed card, it happens, fell out of a pile of moldering papers I was sorting through recently, a stash that included my handwritten doctoral exams: phonetic analysis of Shelley’s “Ozymandias”; class conflict in the secondary narratives of Thackeray, Elliot and Woolf; the influence of Macbeth and “Mack the Knife” on McLuhan. Or something like that. Luckily, I can barely read my own writing.

Then a phone number, but no name, because I suspected that few middle-class Southern Californians would hire a guy to do women’s work, and I was almost right. My voice, at least, does sound girlish on the phone, which I know because during horse-racing season I ran the PBX switchboard at an elaborate motel across the street from the Del Mar track. After I put their long-distance betting calls through, resident bookies would come down to the lobby to put the make on the affable operator with the fluty voice, and maybe score.

“Where’s the gal at the board?”

Here’s the place for a flirty, snappy answer, but they looked like bookies, or like bookies were supposed to look, so I wasn’t the least bit interested. Still, I loved the sexual confusion on their saggy faces.

Oh, my father was a bookie, but that has nothing to do with it.

After a dozen hang-ups when they heard my first name, one job-caller took the bait, and I drove to a forbidding tract estate in nearby Solana Beach. The suited lady of the house told me that she taught elementary school in La Jolla and had invented a board game that would teach young students the benefits of capitalism — capitalism enunciated slowly, with a confident smile. I nodded my long-haired head.

That courteous matron was surprised I was male, but tried to hide it and in a businesslike fashion showed me the lay of her land. Chartreuse shag, three bedrooms and baths, varnished knotty pine and maple veneer, no kids. A snap, unless the house had fleas. Fleas were endemic in the area and thrived in tangled carpets. No, she said, startled, no fleas, nothing of the kind.

“Can you start today? My husband may come home when you’re here,” she added. “Don’t mind him.”

It would be obvious to anyone that she tolerated the man with a military benevolence, he being a retired Marine lieutenant who taught high school. Her new housekeeper happened to have been dating a Marine at the time, a lieutenant too, but he didn’t mention that.

The initial session took three hours. I found little white strings strewn all over the place, in the closets, in the hall, and didn’t realize until much later that they were soiled dental floss. Every home has its lavatory secrets.

A few days later, she phoned. “Please don’t park in our driveway, your car is leaking oil. Use the street.”

That call spawned an irresistible urge to steal something, but I don’t remember what I took: a potted plant, a tin of sardines, anything she wouldn’t miss. Yet I prided myself on my work. I had been warned to be extra careful about disturbing things in the master’s “den,” so I lifted every golf trophy and pipe rack with special care before I Pledged underneath.

His elephantine desk was gray with dust, as if it hadn’t been used for a year. I’m expert at surfaces you don’t see and know that drawers have to be opened so their inside edges may be wiped completely. You start from the top in order that the falling dirt can be collected at the bottom; it doesn’t play the other way around. Yet those drawers were locked.

Anyway, I listened hard, heard nothing but the air-conditioning, so I lifted the books from the deep drawer. One by one, then, I realized, more dirt! Their titles had a certain something in common: Two Apples for the Teacher, All-Night Detention, Teacher’s Petting, Do I Get an ‘F’? Up the Downy Staircase.

As I was putting away the vacuum in the kitchen, I heard his car drive up. He walked inside, dropped his briefcase on a pleather ottoman and, with no interest in the occasion, introduced himself. Teach had a snow-white crew cut and glacial Paul Newman eyes. He pulled a cheap beer from the fridge, went straight to his den, and gently shut the door.

In some confusion, I grabbed my bag and left.

The media make a potentially fatal mistake by dividing arts coverage into high and low, old and young, and by trivializing our passionate attraction to things. In Out There I propose that all creative expression has the potential to be both … END_OF_DOCUMENT_TOKEN_TO_BE_REPLACED