You are here: Home / Archives for Karl Marx 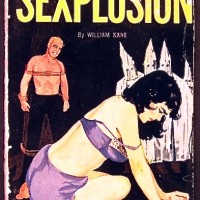 Now I was set up in San Diego, studying English and American literature because a really nice professor I knew with the odd first name of Sacvan – yes, Sacco and Vanzetti, plus his parents named his red-diaper sister “Ninel,” which took me forever to figure out – said anyone could do it, could do lit, and he eased my path. Hard to know in retrospect if he had been kidding. How would I make a living? Teach Jane Austen and Karl Marx to sun-dappled surfers, whom I knew had something to teach me, though I didn’t yet know what. Supplement that … END_OF_DOCUMENT_TOKEN_TO_BE_REPLACED

The media make a potentially fatal mistake by dividing arts coverage into high and low, old and young, and by trivializing our passionate attraction to things. In Out There I propose that all creative expression has the potential to be both … END_OF_DOCUMENT_TOKEN_TO_BE_REPLACED