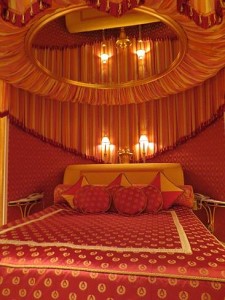 Mirrors on the walls have been popular since the unveiling of great hall of mirrors at Versailles in 1678.  Adds to the sparkle and apparent size of the room.  Exterior walls of mirror glass begins in the early 1970s in the USA by architects like Cesar Pelli and I.M. Pei.  Reduces the scale on the street and skyline. Merge with the sky.

But mirrors on the ceiling??  The first reference is the “love motel” or “player bedroom” with the mirrors over the bed.  Beyond that, not much.

The only mirror ceiling that I have experienced is the Eliasson room at PS1 in 2008.  For some reason, a mirror ceiling emphasis the looking at the other people, more than a mirror wall.  The distance is greater and twisted such that staring or counting people seems spy-like. 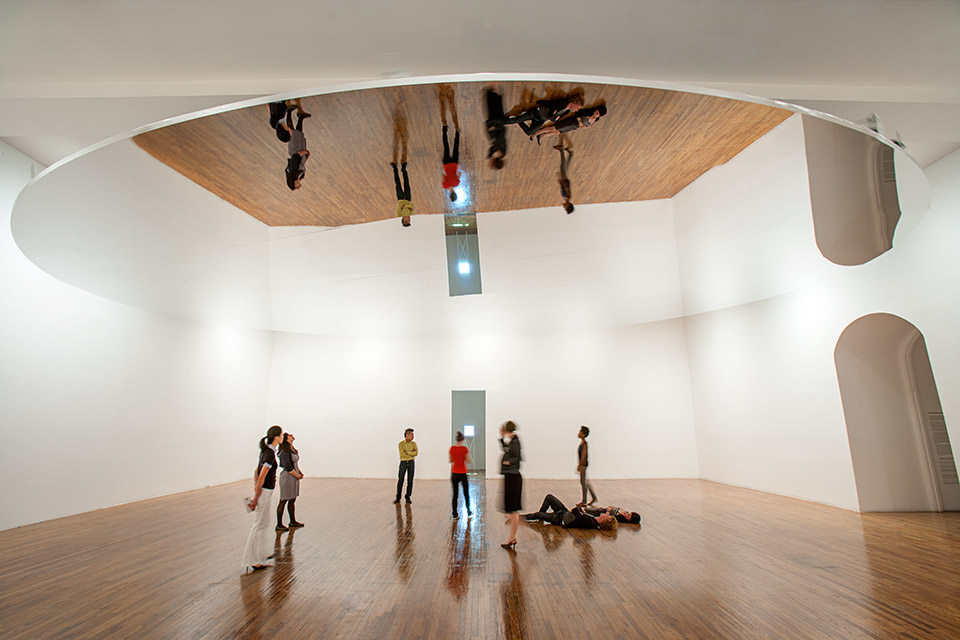 At the Liverpool Biennial in 2010, NS Harsha reflected a painting of hundreds looking up ( or down in the mirror) 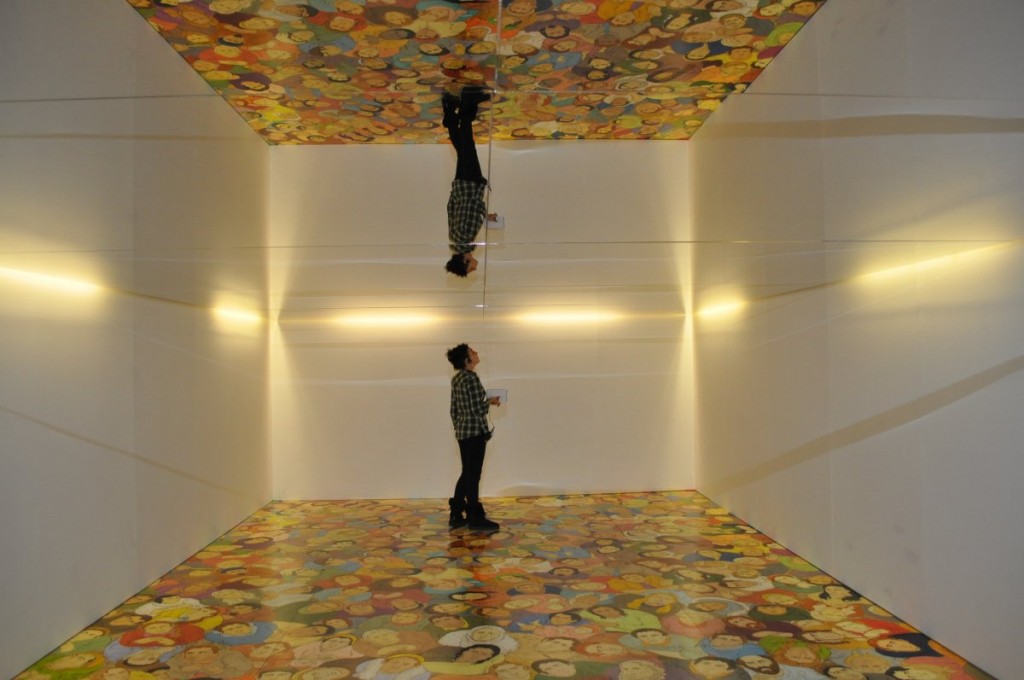 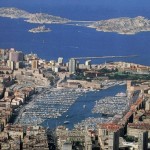 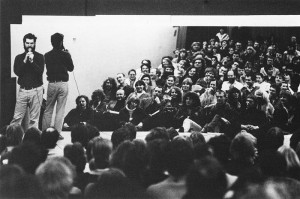 In 2013, architect Norman Foster completed the pavilion at Vieux Port in Marseille, France.  The new 150 ft x 72 ft open-air shelter for performances and gatherings reflects the image of audiences, performers, wanderers and the port itself.   Foster was clearly attempting to “hide to pavilion in plain sight” as from distance it has very limited impact of the historic port.  Up close, reflection dramatically contrasts with the sky both day and night.  Of course, it must be fun for the tourist and add the ability of the audience to watch the audience.  A horizontal version of Dan Graham’s 1977 mirror audience. 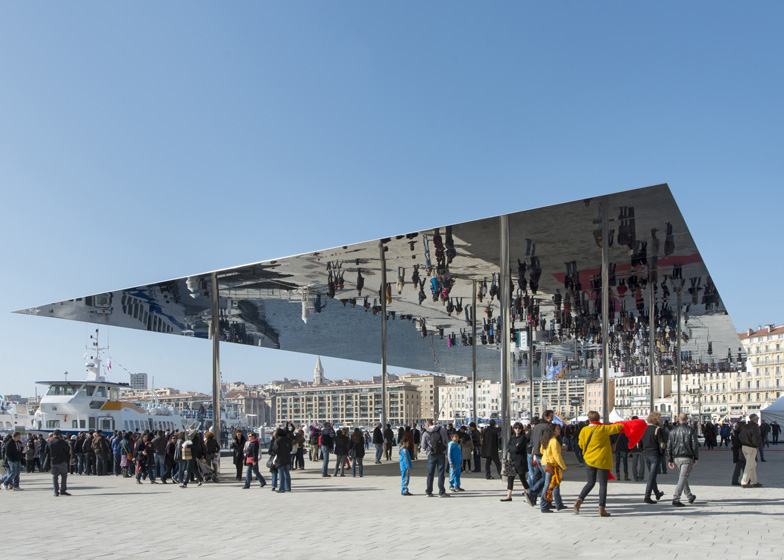 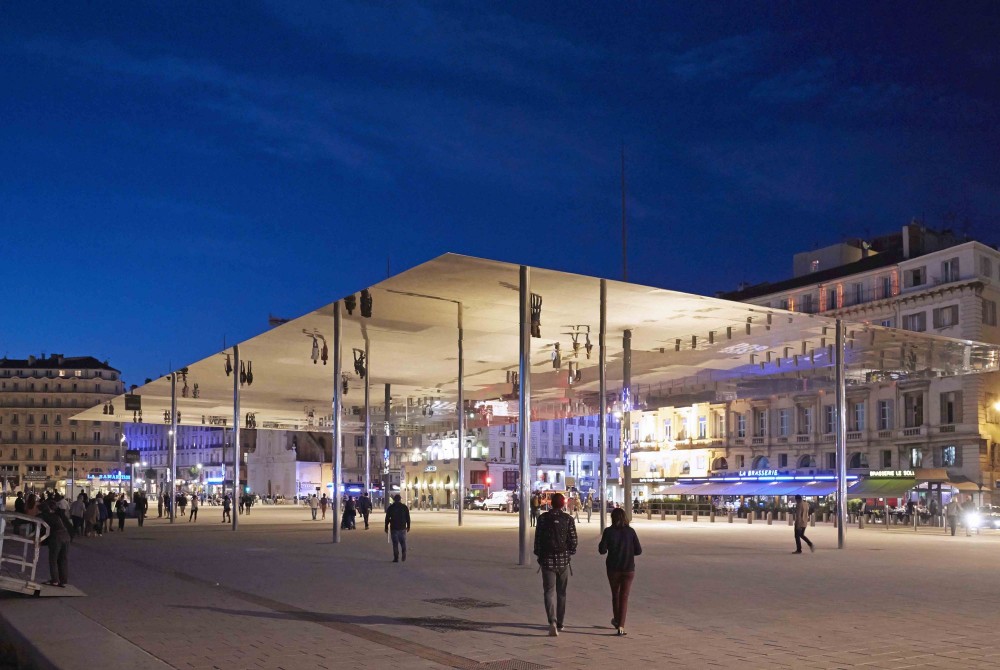 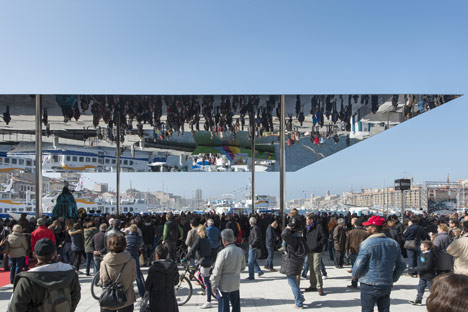 Other recent under side mirrors include a hotel in Berlin and the underside of a single family.  In both case with little value to the building. 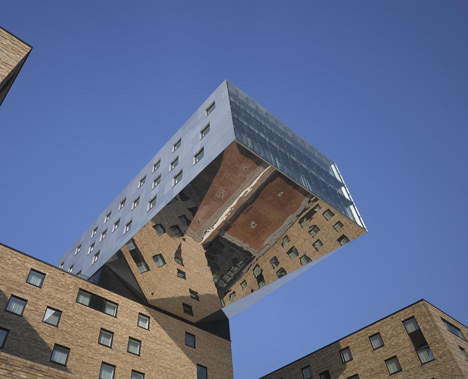 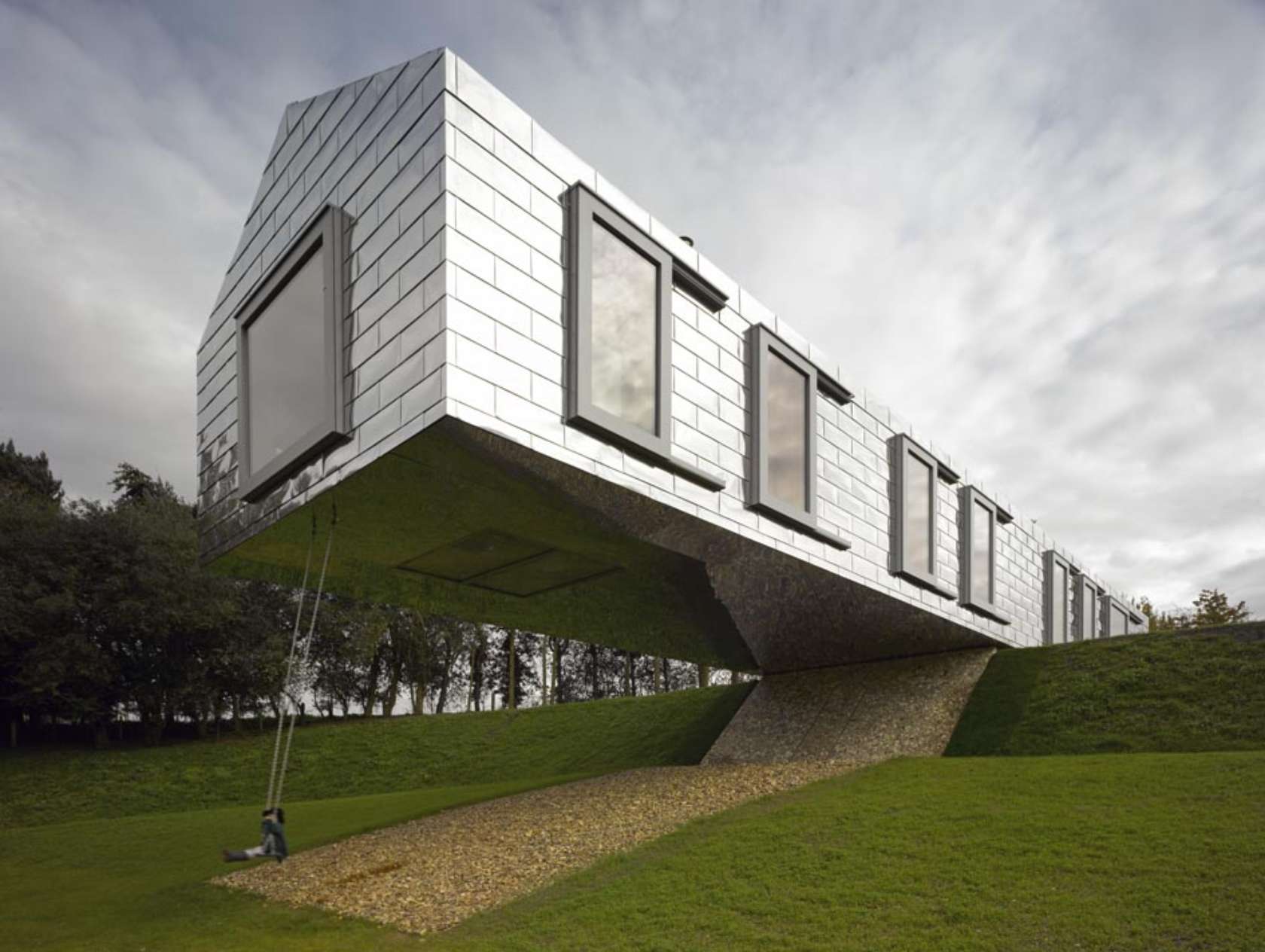