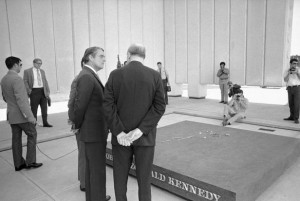 Never been to Dallas, Texas.  Two memorials to learn from:  JFK Memorial , 1970, by Philip Johnson and the Dallas Police Memorial by Ed Baum.  Both are under-successful works of architects caught in transition.  Johnson has several quirks such as tiny, tiny experiments with decoration showing a crack in his modernist faith.  He raises the walls to show the feet and calves of visitors inside the JFK memorial.  Perhaps to eliminate the heaviness of the concrete.  Perhaps to eliminate benches and force the body to stand in respect – the American tradition.  He wants to focus on the sky, but has not grasp the potential of shaping the sky like James Turrell. 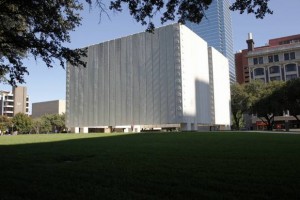 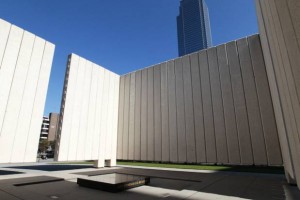 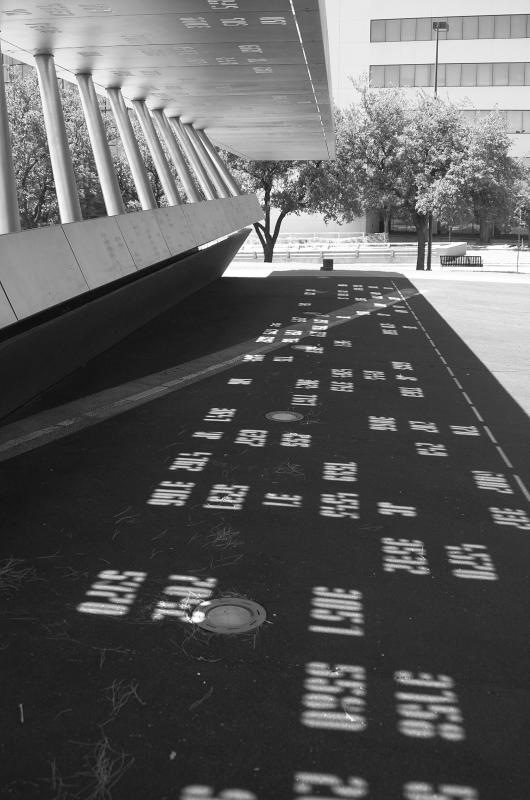 Ed Baum is part 60’s modern architecture, today’s public art tricks and “leave a flower or photo” memorial.   Like Johnson, the image of the memorial is almost an image, but fails.  Baum use the sun, not the sky, to link the heavens and earth with the badge numbers of the fallen officers.  But like so much public art, the excuse for the badge numbers does not transcend into emotions. 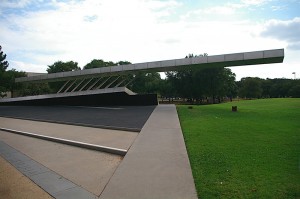 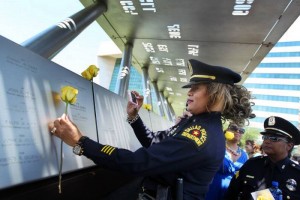 Neither memorial shapes the path of the participants into a place.  The genius of both the Lincoln Memorial and Vietnam War Memorial on the Washington DC Mall is the long trip to the center.  On the trip, the participant is distracted from the transition to a memorial space with the steps at Lincoln or the names at the Vietnam.  At Lincoln, you arrive at the dark glory of the statue and then turn to the bright national democracy on the Capitol that he helped save.  At Vietnam, you arrive underground and overwhelmed by the scale of the death and sacrifice of the soldiers.  Unlike other memorials with tricks to create a surprise ending, you can see and know the entire path, and yet be still awed by the space and the emotion.

Here is a good essay on the Kennedy memorial
http://artsblog.dallasnews.com/2013/11/another-take-on-the-kennedy-memorial-dallas-masterful-roofless-room.html/