Over the last 70 years, a few artists have worked in concrete or cement for relief sculpture in public spaces.  The work includes pre-cast concrete panels hung on the building, form liners for poured in place concrete walls and hand carving of “green concrete” spread over a wall.  Four artists completed a significant amount of work: 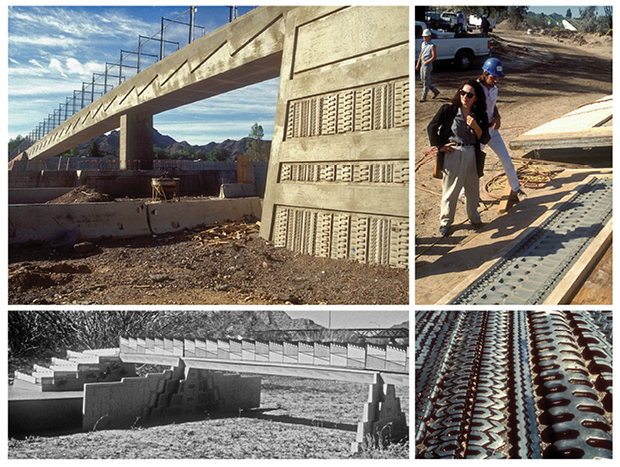 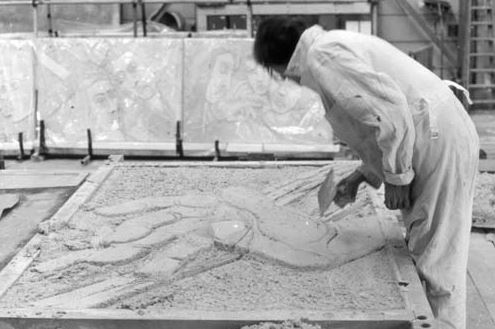 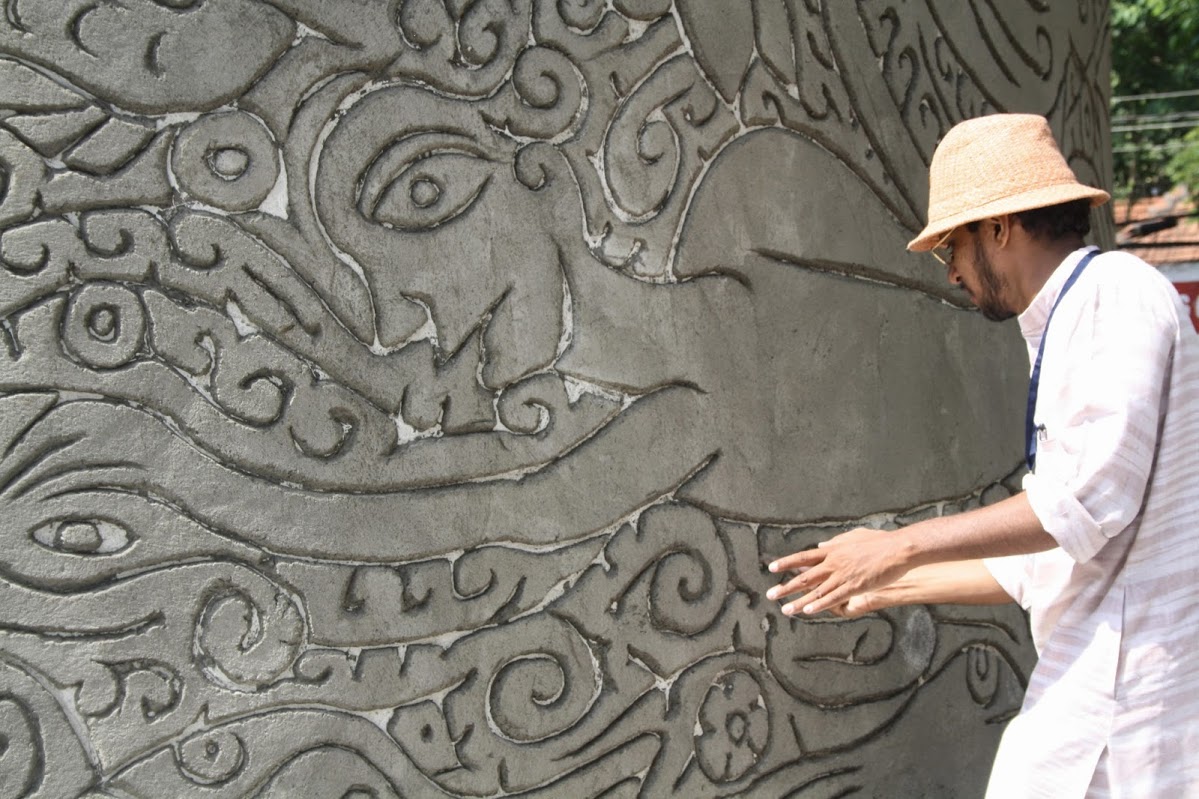 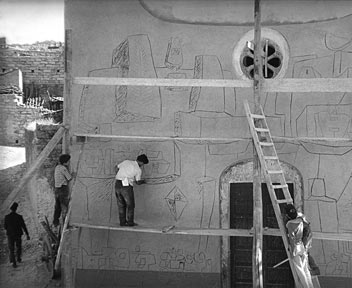 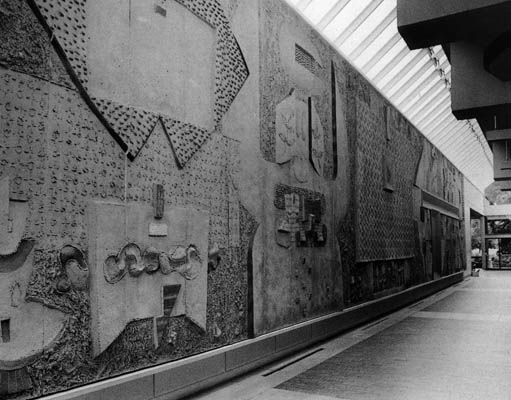 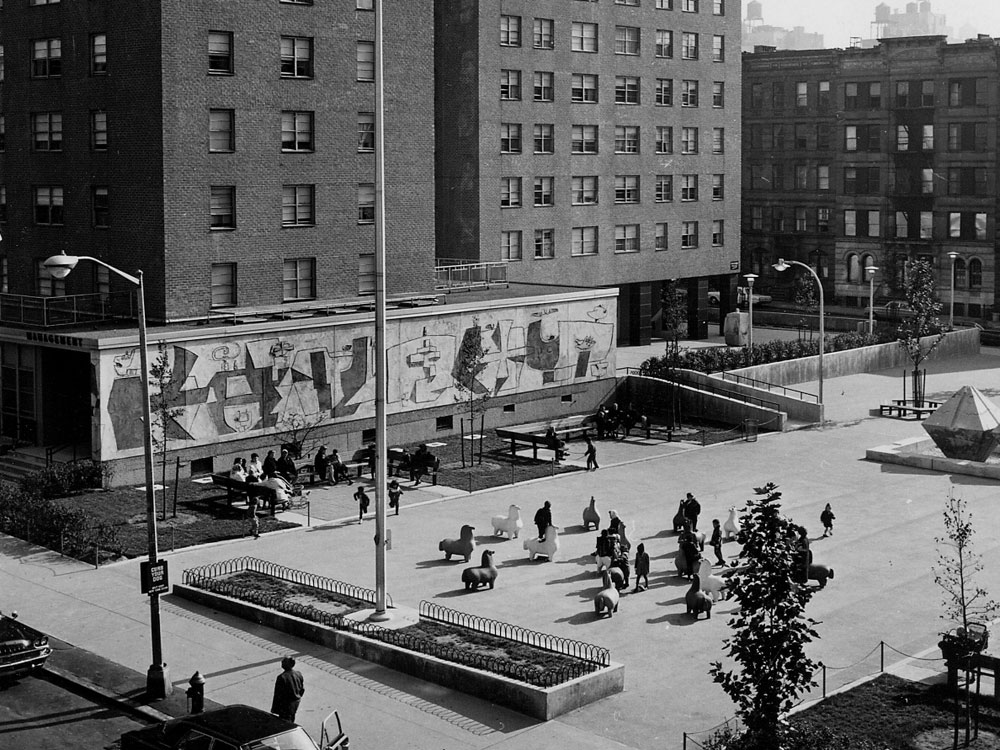 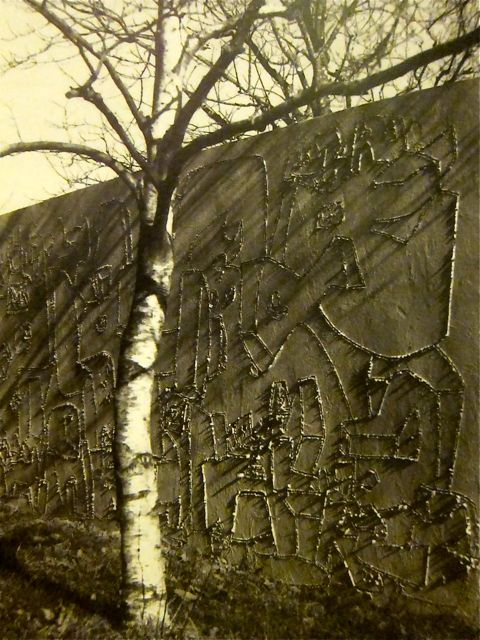 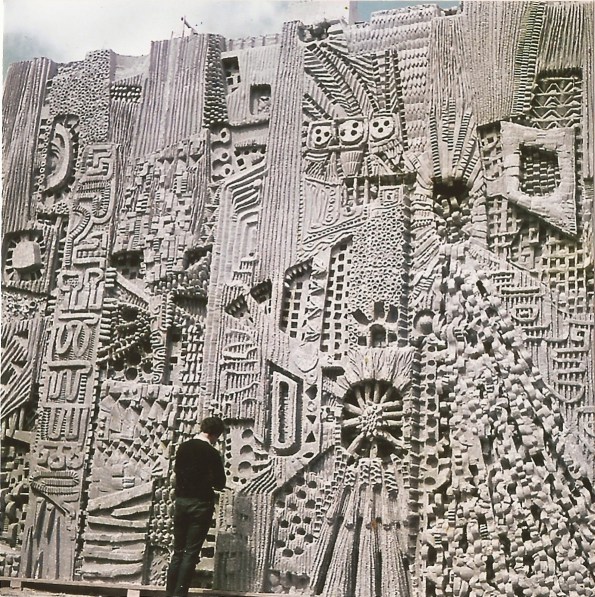 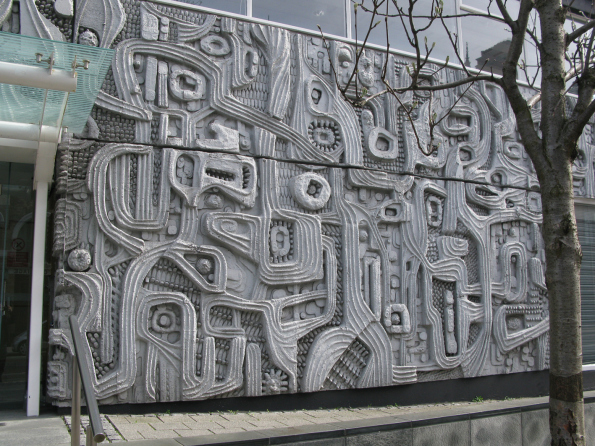 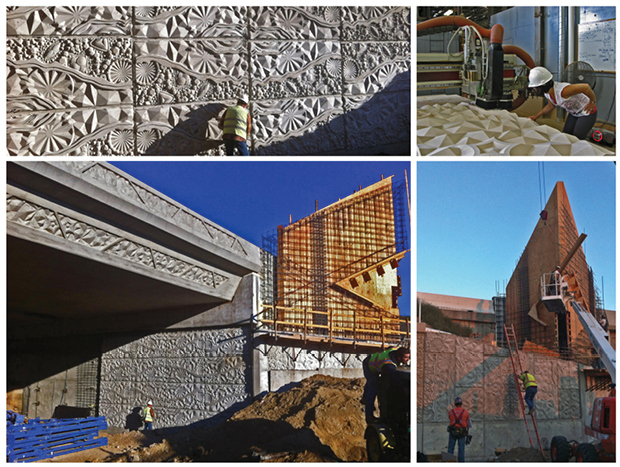 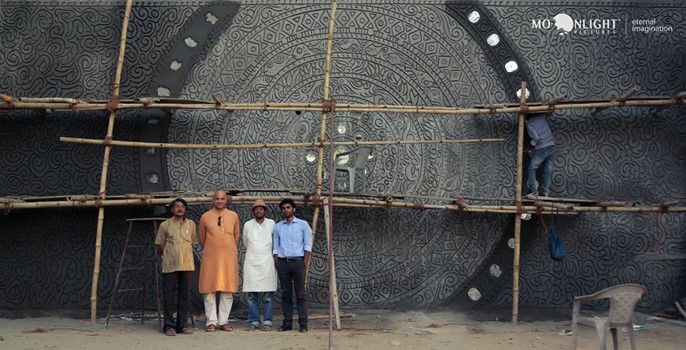 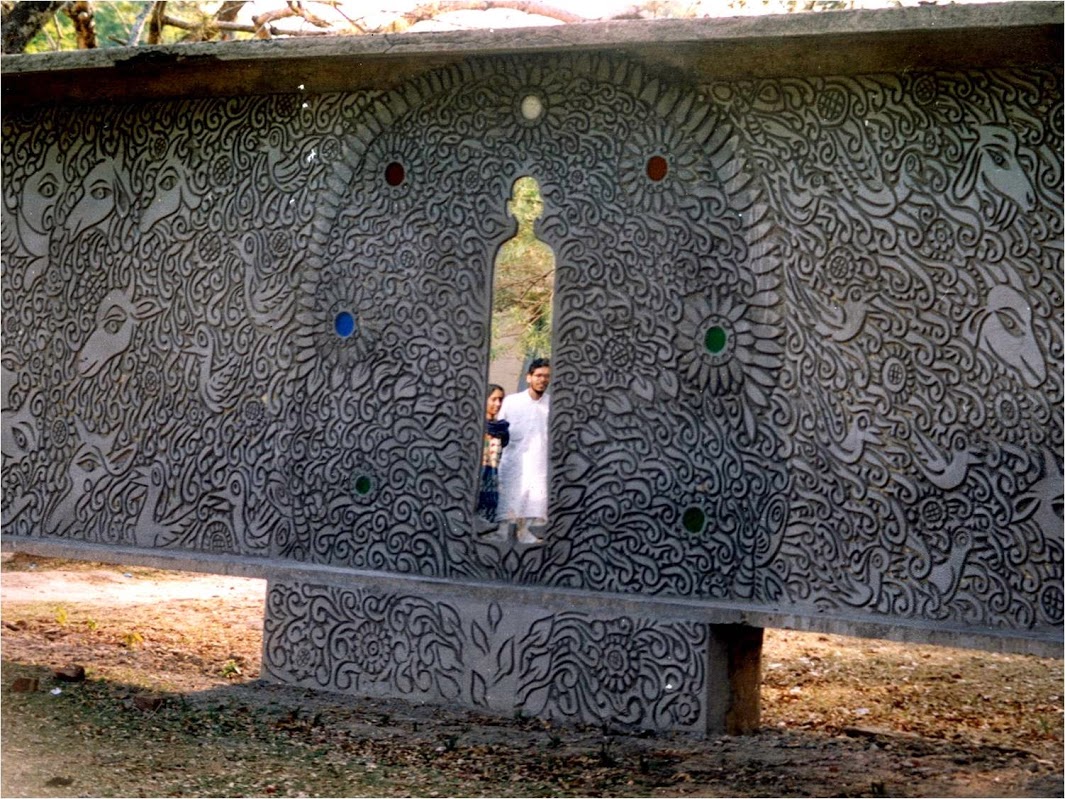 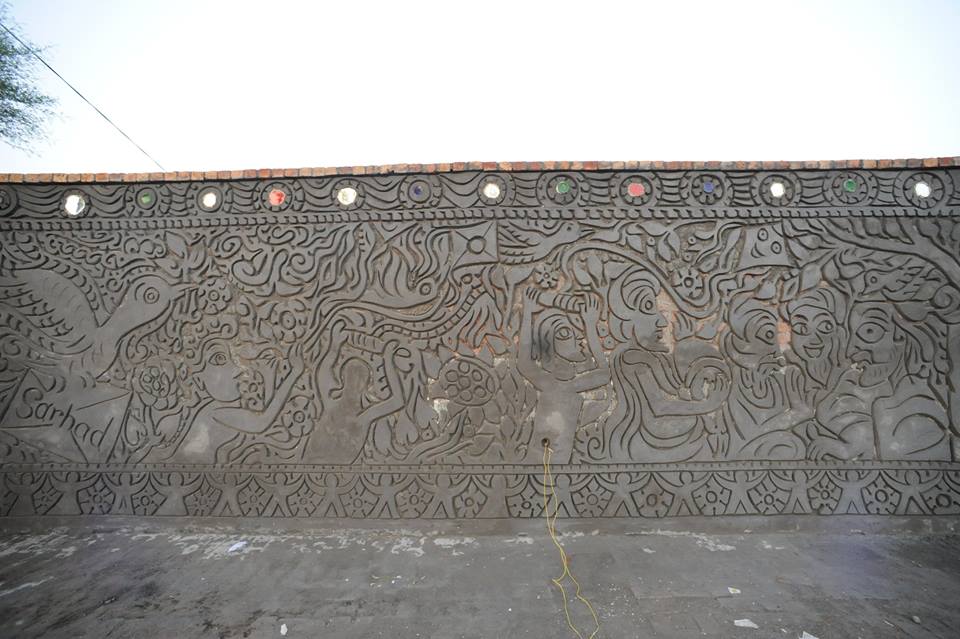 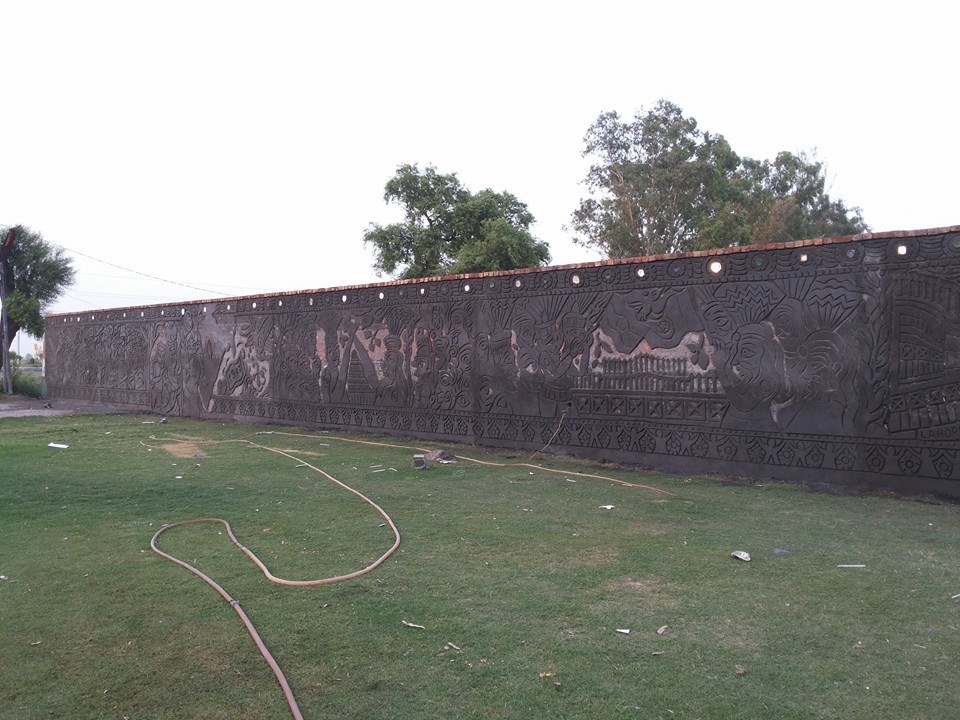 The process of carving in green cement is a “common sense technique” because of its economical ingredients and its fitness in the current methods of industrial construction and transportation. The fact that concrete is the number one building material today (as stone was in the past) makes concrete a logical material to be used for sculpture in an architectural context:

A standard mixture of three parts of screened sand (mason sand) and one part of cement (regular or white) is the basic material needed. This mixture is poured into a wooden box, built strongly enough to resists the pressure of the soft mixture.

Two to three hours (depending on the temperature of the air) is normally the time required for the cement to set to a stage in which it becomes firm enough to permit the removal of the sides of the box. The time allowed to work before the material hardens is about five hours.

If the size of the piece is about two feet, it is advisable to build the box in sections of two feet in height. This permits the sculptor to remove one section at a time (as he starts working from the top), thereby releasing some of the weight for the bottom. With some experience and familiarity with the behavior of the material, a sculptural form of seven to eight feet may be carved comfortably at one time.