BRISBANE.- ‘Falling Back to Earth’, the first Australian solo exhibition by Chinese contemporary artist Cai Guo-Qiang, presented at the Gallery of Modern Art (GOMA) from November 2013 to May 2014, has resulted in a $14.51 million boost to Queensland’s economy. 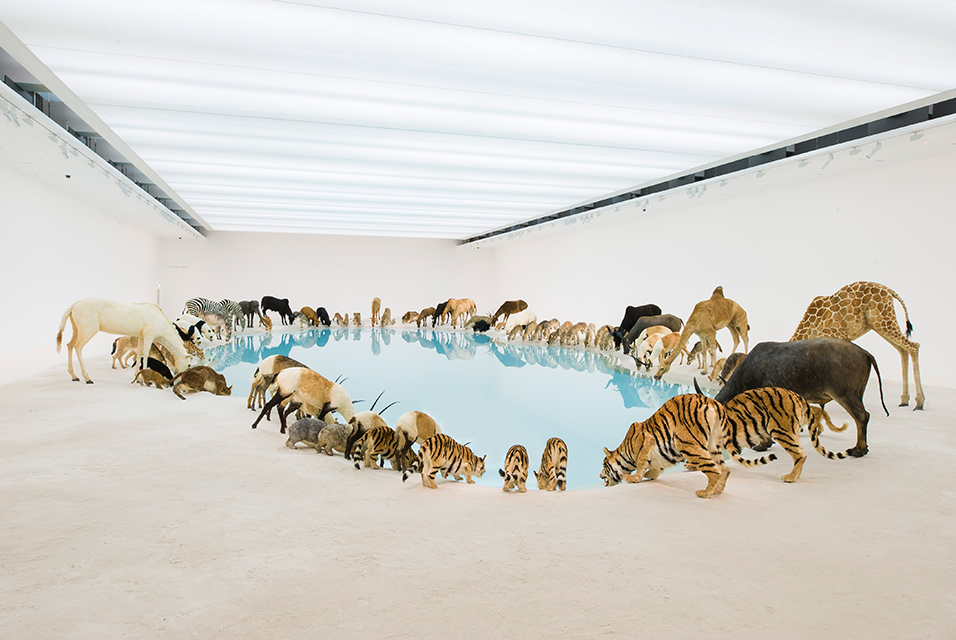 ‘Visitors were entranced by Heritage (2013), Cai’s installation of 99 animals peacefully gathered around a serene lake directly inspired by the artist’s experiences of North Stradbroke Island, and his signature work of 99 leaping wolves titled Head On (2006), which made its Australian debut in the exhibition,’ he said.

Queensland Art Gallery | Gallery of Modern Art (QAGOMA) Director Chris Saines said ‘Falling Back to Earth’ was a triumph for the Gallery, with the exhibition attracting more than 229,000 visits, making it the second highest attendance to a ticketed exhibition for the Gallery.

‘The exhibition generated 115,978 visitor nights in Brisbane, and influenced visitors’ perceptions of the city – 100% of exhibition-related overseas visitors said it made a positive contribution to Brisbane’s reputation. 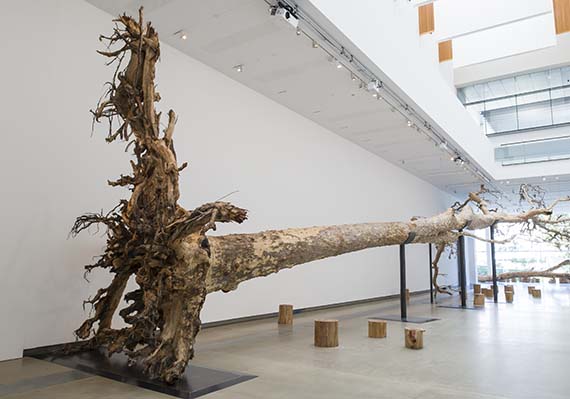 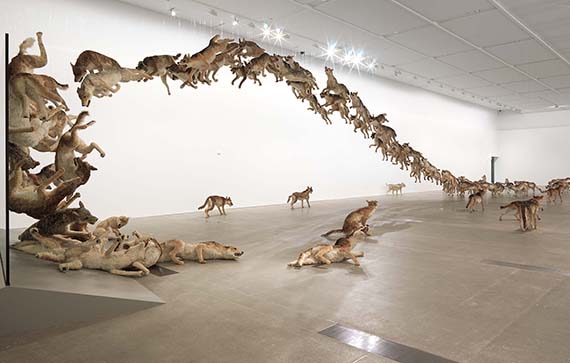 Other Animal Works by Cai Gou-Qiang 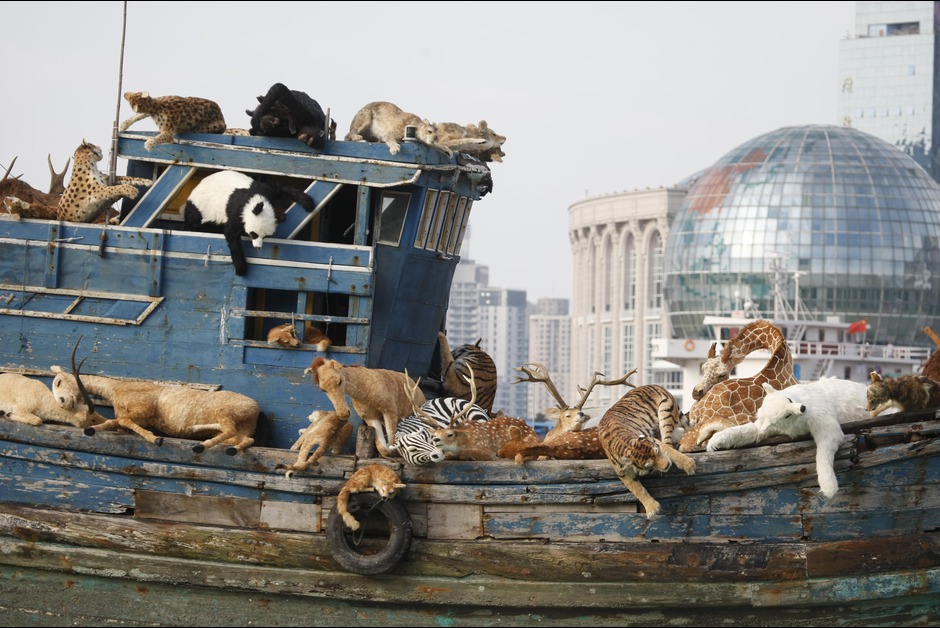 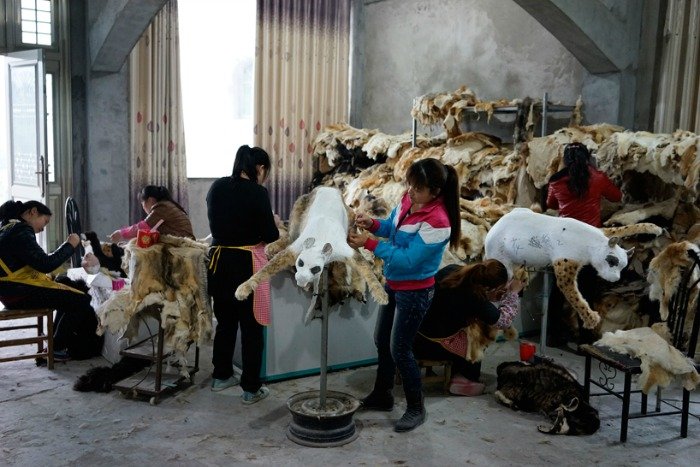 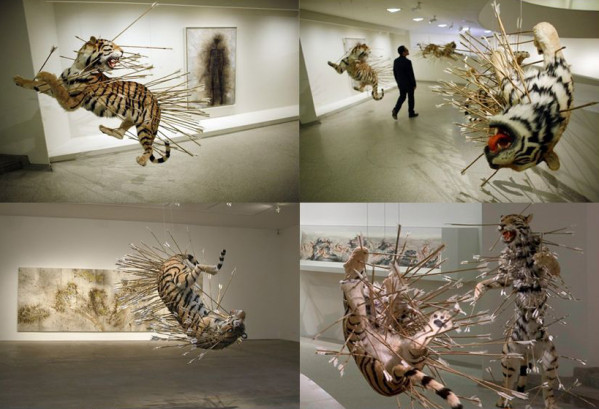