“With NBCUniversal’s help, the struggling social media giant preps more than a dozen original series for its 188 million users as it muscles into a crowded market. … But its slate won’t be ripped from the Netflix playbook. All Snapchat scripted series will average about five minutes an episode and be released daily in the signature vertical video format.” 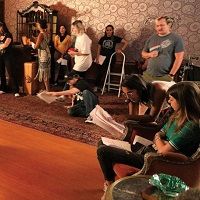