Funny thing about the word “global”: It looks the same in Spanish and English. But it sounds different, and brings different connotations.

“Like naming a baby, getting the title right can do much to determine how others perceive and remember an exhibition. And how many people will attend.”

“The drawing of Isabella in the Louvre, on which the painting is clearly based, was done some time between late 1499 and March of 1500, when Leonardo was a guest at her court in Mantua. According to the newspaper, carbon dating of the painting conducted at the University of Arizona confirms that it was executed sometime between 1460 and 1650, placing it in a corresponding timeframe.” 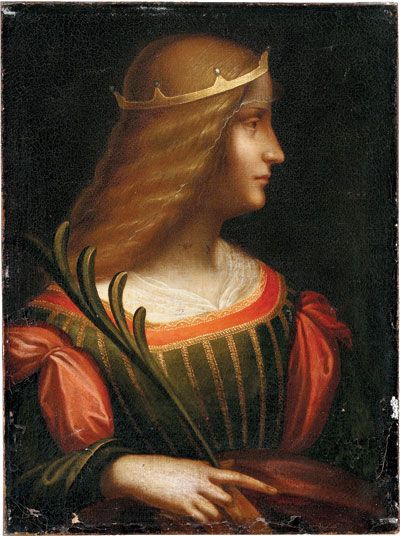