“Tashkent’s metro system is so much more than just a means of transportation. Over the decades of its existence, the design and names of the metro’s 29 ornate stations have changed to reflect the turbulent trends of Uzbekistan’s history. In short, a ride on the Tashkent metro tells the story of a country where nation building is still very much in process.” – Global Voices

Two 24-year-old monks have founded a breakdancing troupe that, they think, may bring Buddhism to other young people. “Break dancing has spread around the world due to its nature of getting everyone — regardless of race, age or gender — excited. … The duo came to think that Buddhist teachings and dancing share the same philosophy of peace and equality.” – Toronto Star (The Japan News)

Uri Sands, who founded the St. Paul-based TU Dance in 2004 with his spouse, Toni Pierce-Sands (both are former Ailey dancers), after “a lawsuit was served on a member of the company’s board in October, alleging sexual misconduct by Sands involving a female employee between 2015 and 2017. The lawsuit also alleged negligent supervision of Sands by the company.” – The Star Tribune (Minneapolis)

William Robin: “Linda tackled subjects from the purported ugliness of contemporary music to the contested idea of the ‘masterpiece’ to myths around Beethoven’s deafness to whether music is actually a universal language (spoiler alert: it’s not). … A little over two weeks ago, however, she posted a new entry: ‘I didn’t finish the book, and I’m not resuming the blog. Instead, I’m dying.’ … We spoke on the phone on Sunday. Here is an edited transcript of our conversation: an exit interview with one of my favorite public musicologists.” – National Sawdust Log

Few families contributed as much to modern conservatism, although they did so in different ways. While her husband helped organize an influential network of politicians, think tanks and media outlets, and her son became a leading Republican pundit and strategist, Himmelfarb concentrated on social criticism and history’s lessons for the present. – Washington Post

“I like it when the dancing doesn’t fall into the easy thing, the cliché, but gives off a whiff of humanity in a new way. This list is limited by what I happened to see this year. These are the (admittedly New York–centric) performances that have left me with that kind of imprint.” – Wendy Perron

Hyperallergic makes a list of those who “are rendered powerless in a system greatly influenced by the super wealthy and the commercial galleries and vanity museums that serve them.” – Hyperallergic

“While the charismatic and hilarious Sheldon boasted an impressive résumé that included serving as the music director and sidekick on The Merv Griffin Show for 18 years; releasing 23 albums as a bandleader between 1955 and 2007; heading his own 17-piece orchestra; … and acting in various movies and TV shows, he is also lovingly remembered as the affable, lackadaisical crooner from the Schoolhouse Rock! cartoons of the 1970s, including ‘Conjunction Junction’ and ‘I’m Just a Bill.'” – Yahoo!

Kupfer’s career began in Stralsund, then part of communist East Germany, in 1958. After stations in Chemnitz — formerly Karl-Marx-Stadt — Weimar and Dresden, he became director at the Komische Oper in 1981, a position he held for 21 years. – Washington Post (AP)

The gallery gave no details about its condition. A spokesperson said: “The work of art is with our conservation team for expert assessment. Tate Modern remains open.” – BBC

In an age of blockbuster best sellers and cutthroat competition in a shrinking industry, Mr. Mehta was an almost ideal editor and publishing executive: a voracious reader and instinctive decision maker who could spot great books and, coming from a paperback world, had no qualms about aggressively marketing them. – The New York Times

Tom Hooper’s big-screen adaptation has clawed its way to $38 million globally after two weeks in theaters, a dismal figure that could result in $100 million in theatrical losses, according to rival studio executives. – Variety

City officials are especially sensitive to the possibility of losing the Sarasota Orchestra after the recent relocation of two other cultural institutions outside of the city. – Sarasota Herald Tribune 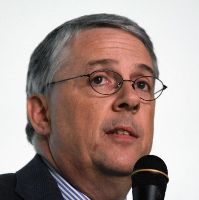