Regarded as one of the best harpsichordists of her generation, with a repertoire covering four centuries, from William Byrd through Francis Poulenc, Verlet was especially known for her performances and recordings of Bach, Scarlatti, Rameau, and, above all, Couperin. (in French; for Google Translate version, click here) — Le Figaro

“Lusk’s passing is not just the death of a great animator, but the closing of an era in American animation history. He was the last living Disney animator who had made significant contributions to the original animated features produced by Walt Disney, starting with the company’s very first feature, Snow White and the Seven Dwarfs in 1937. ” – CartoonBrew

Matt Zoller Seitz: “These types of guys thrive on attention, and if they can’t get the positive kind, they’ll settle for the negative. ‘Oh, sure, they’ve tried to separate us,’ Spaceywood said, inadvertently speaking for Louis C.K. as he emerged from his alt-right chrysalis and flapped his moth wings in Levittown. ‘But what we have is too strong. It’s too powerful.'” — Vulture

Derek Thompson points us back to the age of the “party press,” when newspapers were funded by political organizations that “treated readers as a group to engage and galvanize. … It was advertising that led to the demise of the party press … [and to] the modern standards of ‘objective’ journalism.” (Mustn’t make the advertisers nervous.) “As the news business shifts back from advertisers to patrons and readers (that is to say, subscribers), journalism might escape that ‘view from nowhere’ purgatory.” — The Atlantic

“The [countertenor] filed the suit earlier this month against Andrew Lipian, who accused Daniels of groping him in 2017 in a federal lawsuit which also alleges that the University of Michigan turned a blind eye to allegations of sexual impropriety.” — New York Daily News

Of the city’s 30 million visitors each year, fewer than a third stay overnight (and pay hotel tax). Now the other 20 million, mostly cruise-ship passengers, will also contribute to covering Venice’s ever-soaring costs for serving and cleaning up after all that tourist traffic. — The Daily Beast

“As the news business shifts back from advertisers to patrons and readers (that is to say, subscribers), journalism might escape that “view from nowhere” purgatory and speak straightforwardly about the world in a way that might have seemed presumptuous in a mid-century newspaper. Journalism could be more political again, but also more engaging again.” – The Atlantic

Philosopher Tim Sommers makes the case that, “in general, it’s very hard to not involve yourself in some kind of ‘performative contradiction’ – where what you do contradicts what you say – when you try to disavow free will.” — 3 Quarks Daily

“We looked in those archives to find a range of questions, dating as far back as 1938, that explored how earlier generations felt about everything from fashion to faith in Congress to fear of technological change. Then, in conjunction with YouGov, we asked 1,000 Americans today to respond to those same queries. – Huffington Post

A Q&A with Lucas Lixinski, a scholar of international cultural heritage and human rights law, argues that the UN body’s project to designate important pieces of cultural heritage is very effective — except for the communities whose culture the label is meant to protect. — Hyperallergic

“The decision has been welcomed by Christie’s France, which is behind the move to pass on the expense to the buyer. The auction house is ultimately responsible for paying the levy to the collecting agency, but it is now its right to ask for the money from the buyer.” — The Art Newspaper

Ryan Speedo Green, 32, went from a troubled home to finding a life’s passion and success as an opera singer good enough to command the stage of the Metropolitan Opera.

Celebrity news was intertwined with some of our culture’s most urgent issues, particularly involving mental health. Anthony Bourdain and Kate Spade committed suicide in the same week. Demi Lovato, outspoken about her addiction issues, overdosed and went to rehab. The already-fractured political world was thrown into a frenzy when West, who addressed his bipolar diagnosis on his album this summer, visited the White House. – Washington Post

Every person has two choices for how to cope with any aspect of society that is uncomfortable: act to change it, or surrender. Miseducation is the art of teaching people to surrender. To be miseducated, as Carter Woodson had it, is not merely to be poorly educated, although that’s often a byproduct. Miseducation is a deeper evil, one that arises whenever an intrinsic trait, such as sexuality or ethnic heritage, is treated as a flaw to be overcome, rather than a gift to be developed. – The Atlantic

The thing about tech is that even if you can see it coming, you can’t be sure quite how it will arrive or what it will do when it gets here. – The Guardian

Howlround’s director reflects on the remaking of the theatre commons and what has been accomplished in 2018.

It happened in the 1940s, when Erik Chisholm and Margaret Morris brought modernist dance views to bear on stories of Celtic legends that mixed traditional Scottish and modernist music. One principal: “Rehearsals were held up because the dancers had to learn Scottish folk dancing and that is all on the balls of the feet, whereas ballet you have to push your heels down; so it didn’t come naturally or easily – lots of us got blisters – but we respected it.” – The National (Scotland)

Harvey Weinstein’s assistant wasn’t even allowed to have a copy of the NDA she signed, or talk about it with anyone at all unless they signed NDAs as well. She broke her silence because she decided it was an immoral agreement. Now, dubbed a #MeToo law, a California bill that goes into effect Jan. 1 “would ban nondisclosure provisions in settlements involving claims of sexual assault, harassment or discrimination based on sex.” – Los Angeles Times 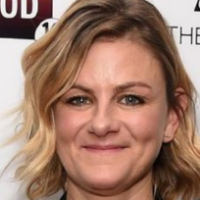