Following a Ph.D. in art history at Harvard and five years at the helm of Montreal’s Museum of Fine Arts, he came to the Philadelphia Museum (1964-78), where he created new departments for American and 20th-century art and for photography and hired several important curators (notably Anne d’Harnoncourt, who eventually became director herself). In Cleveland (1983-93), he transformed the museum from a respected but staid institution into a regional powerhouse that helped fuel cultural tourism in the then-struggling city. – The Philadelphia Inquirer

Enter “The Ellen DeGeneres Show,” which had also capitalized on the popularity of “Masked Singer” to create its own “Masked Dancer” stunt. After those segments became viral hits and the “Masked Singer” team saw how well they played, Fox alternative entertainment and specials president Rob Wade said he was finally convinced. – Variety

The book was important enough that, in 1164, he sent his closest confidant to do something about it as he fled trial in England for exile in France. But he never named it. Fast-forward to 2014 (and later), and a tale of academic adventure and record-keeping that began over coffee. – BBC

Tiny Pretty Things is about as realistic as you might expect on every level … except dance. The show “may have outrageous levels of drama, mystery and murder, but the ballet is undoubtedly the best part of the show. That’s likely because nearly every actor playing a ballerina in the show is a trained dancer in real life. Those dancers’ influences are what make the portrayal of ballet so realistic in the show.” – CBR

Let the Slate Movie Club kickstart that conversation (and perhaps explain where to find all of these so-called best movies of a year when we mostly couldn’t go to the cinema). Start here, and work forward, for discussion of everything from First Cow to Beanpole to Bacarau and so many more. – Slate

It’s not like there’s much else to do here at the tail end of the year but try to cram in Oscar bait or kids’ Christmas movie or soul-enhancing shows that lead us down internet rabbit holes or terrible superhero movies that lead to massive excellent live-tweeting sessions. So: What’s the best streaming service out there? Our lives, after all, depend on it. – Fast Company

Could it be – is it possible – that Korean Americans aren’t seen as American? (And that last year The Farewell, another Asian American written and directed movie, dealt with similar anti-Asian racism?) “It’s a multilingual film that reflects the reality of Americans that are multilingual. So it’s authentic to have that dialog in the language that would have been spoken growing up in a family like this growing up in rural Arkansas. What could be more American than that?” – The Guardian (UK)

She was the driving co-founder of the competition, which succeeded beyond her wildest dreams. “The idea of presenting an international music competition in 1960s Leeds, a gritty industrial city in northern England, seemed risky. But Ms. Waterman, a Leeds native who learned perseverance from her poor Russian immigrant father, believed in the vitality of her hometown and was certain she could draw support for the venture.” – The New York Times

Take star violinist Jennifer Koh as an example: “nine months into a contagion that has halted most public gatherings and decimated the performing arts, Ms. Koh, who watched a year’s worth of bookings evaporate, is playing music from her living room and receiving food stamps.” More than fifty percent of actors and dancers, and more than one fourth of musicians, are entirely out of work. And then there’s the broader category of arts and culture creatives. What will happen? – The New York Times

Lopez wrote Arctic Dreams (for which he won the National Book Award) and many other works that deeply synthesized reporting and essay form and science writing. He had recently lost land, housing, and archives to one of Oregon’s dreadful Labor Day fires. “Lopez was still being lauded in his final days, with an induction into the American Academy of Arts and Letters and with the literary organization Sun Valley Writers’ Conference announcing this week that it had awarded him its inaugural Writer in the World Prize, which recognizes and honors a writer whose work expresses a ‘rare combination of literary talent and moral imagination, helping us to better understand the world and our place in it.'” – Oregonian 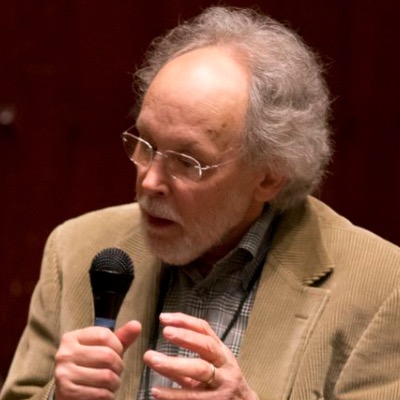