“In European nations, “save our cultural institutions” is widely regarded as a necessary cause. In the United States, the same cry is not heard. What is going on? Were the arts always a negligible component of the New World experience, insufficiently cultivated? Or did they become negligible? Are we as a nation simply too young to dig deep expressive roots? Too diverse? Too much crippled by our original sins of slavery and the Indian Wars?” – American Purpose

Annabelle Lopez Ochoa, who’s made more than a dozen short dance films since the COVID lockdowns began, and Corey Baker, creator of the (in)famous Swan Lake Bath Ballet, tell a reporter about how, as Baker put it, “we knew we had to make it all up” and how they handled the snafus they didn’t yet know to expect. – Dance Magazine

Some of these objects are troubling, a few are ridiculous, many are ambiguous (though some, to be sure, are delightful). These are the objects that caused us to see the world in a new way this year — or the objects that this singular year forced us to consider anew. – Medium

After months of delays, “Wonder Woman 1984” finally hit theaters over the weekend in 32 international markets. But the movie floundered at the box office. The Warner Bros. sequel earned just $38.5 million internationally over the weekend ahead of its debut in the US on Friday, when it will play in theaters and stream on HBO Max simultaneously. – Business Insider

“[He] developed a rich, singular voice and worked across media, bouncing seamlessly through performance, video, book projects, and paintings. This past year was a breakout moment for the artist.” – Artnet

“Archaeological excavations by the Antiquities Authority ahead of construction unearthed a 2000-year-old ritual bath near the modern church at Gethsemane, together with the remains of a church from the Byzantine period (ca. 1500 years ago).” – The Jerusalem Post

William Church, director of theatre at Interlochen Center for the Arts, writes about the perhaps-unexpected opportunities and opportunities that online-only pedagogy offered in this year of quarantine and social distancing. – American Theatre

‘Latinx” may seem ungainly in English, but it’s very awkward in Spanish. But use of latine as an alternative to latino/a, a formulation which started in Argentina (where even some universities, politicians and judges have started using it), is spreading among young people in Latin America and Spain, as is the -e ending more generally. Yet the Real Academia Española, the official arbiter of the language of Cervantes, will have nothing to do with it. That may not matter so much: as one Ecuadorian copy editor tells a reporter, the RAE is, quite literally, “a colonialist institution.” – The World (PRX)

The experiences of enslaved people were not always deemed important enough to record for posterity, and the glimpses that have been preserved are often distorted by interventions of enslavers. We are left to wonder: Who are they? What were their names? What were their favorite colors? Why did they choose to be photographed on these particular occasions? Why did they style themselves in these ways? – Guernica

“No living artist I know of, however fervently activist, is renouncing art as a distraction from moral commitment, as the more extreme Constructivists did. But a good deal of recent polemical art suggests a use-by date that is not far in the future. Aesthetic judgment, based in experience, confirms differences between what is of its time and what, besides being of its time, may prove timeless. I feel that our present moment, marked by imbroglios of art and politics, forces the issue, even in face of tendencies a century old.” – The New Yorker

The 2020 telecast, staged this month from a Hollywood soundstage as well as dozens of remote locations, pulled in more than 83 million livestreams, falling just a bit shy of doubling last year’s 45.2 million livestreams, which was itself a sharp increase from the 11.5 million the ceremony garnered in 2017. – Los Angeles Times

Humans are given to hierarchy—we measure ourselves against those around us and strive to better our relative position—but we are, at the same time, unhappy that this is true of ourselves. This predicament is the product of two drives. – Boston Review

“We secured the Save Our Stages Act for indie music venues, Broadway, comedy clubs, indie movie theaters, and more,” Senator Chuck Schumer wrote on Twitter Sunday night. “These are people’s jobs and livelihoods, and they need this help now. I won’t stop fighting for them.” – Rolling Stone

“Somewhat embarrassingly, it was one of her own pupils, Michael Roll, who won the first competition, … but, despite the controversy, the event gradually grew from what she herself described as a ‘cottage industry’ into one of the most important of its type in the world.” She remained chairman and artistic director of “the Leeds” until just five years ago. – The Guardian

Retitled “Promoting Beautiful Federal Civic Architecture,” it begins with a paean to “beautiful public architecture,” before moving on to a litany of disapproval aimed at modernist federal buildings. – NPR

“It’s been less than two weeks since Sen. Thom Tillis (R-NC) released his proposal to increase the penalties for those who would dare stream unlicensed works. … It’s had very little time to circulate before evidently becoming part of the spending package. If passed, illegal streaming of works including movies and music tracks could carry a penalty of up to 10 years in jail. That’s not the only change to copyright law, either.” – The Hollywood Reporter

Margaret Atwood, Ian McEwan, Ethan Hawke, Jo Nesbø and James Hannaham are a few “of countless targets in a mysterious international phishing scam that has been tricking writers, editors, agents and anyone in their orbit into sharing unpublished book manuscripts. It isn’t clear who the thief or thieves are, or even how they might profit from the scheme. … In fact, the manuscripts do not appear to wind up on the black market at all, or anywhere on the dark web, and no ransoms have been demanded. When copies of the manuscripts get out, they just seem to vanish.” – The New York Times

“The grants will provide much-needed relief to these venues, many of which have seen their business all but vanish as the pandemic canceled concerts and stage plays, while pushing almost all new theatrical releases to 2021. These particular grants, however, appear to disqualify the three largest players in the domestic movie theater business: AMC, Cinemark and Regal Cinemas owner Cineworld.” – The Hollywood Reporter

Charles McNulty: “Even before the pandemic, the theater’s economic model was broken. Our resident theaters, the nonprofit companies that constitute the art form’s national foundation, arose in a cultural landscape drastically different from today’s.” – Los Angeles Times

An 80-minute film featuring a dozen soloists from all corners of the country, this unabashed celebration of Canadian multiculturalism has recast the work as a series of deeply personal video narratives. – The New York Times

The legendarily white dude company also finally has a Black writer for a Pixar film: The same person as the director, playwright Kemp Powers, for the movie Soul, out on Christmas Day (on Disney Plus, of course). Powers was hired to help make the main character work. But he’s not exactly proud of his “first” status: “It’s an embarrassing mantle. … Why did it take so damned long?” – Washington Post 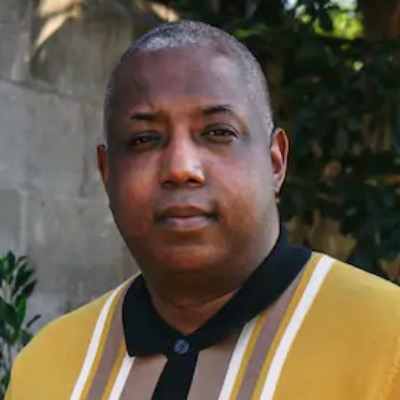