“I don’t want to be Jasmine. She’s one of my favorite princesses, but I don’t want to perpetuate that stereotype: completely powerless, or overly sexualized,” says the Baltimore-born daughter of an Egyptian immigrant father. After understudying Laura Benanti on Broadway (she went on a dozen times), Ahmed is headlining the national tour, currently at the Kennedy Center. – The Washington Post

Basically, it’s always Christmas in July in British Columbia, complete with fake snow, fake characters, fake love stories, fake Christmas and … er … yes, the whole schlockfest (BELOVED schlockfest, we note) that is the Hallmark Channel’s Christmas movie production factory. “Picking out the locations has become a favourite pastime for locals. [One said,] ‘You get to see the locations on the movie and know exactly where that was and have attachment to it now, you feel like you were part of the movie in a way, which is pretty awesome.'” – CBC

Keita Takahashi, an artist and an “unconventional” game developer, is beloved for his game “Katamari Decency,” and now he’s got a new game out – ostensibly about golden poop. The game “was inspired by watching his two younger children play. He wanted to create something that presented a more hopeful view of the world.” – Los Angeles Times

Indeed: “The catastrophe of climate neglect, the toxic politics, the tangible sense of so many things worsening in your own lifetime, along with a sense of your obscure or outright complicity, all combined to make the idea of any possible happiness seem at best childish, at worse willfully blind.” – The New York Times

The popularity of older formats is growing, including black and white and things like Canción sin nombre‘s 4:3 format. – Los Angeles Times

It’s a tough selling environment for fiction; the numbers are bleak and falling fast. But Where Late the Crawdads Sang has been going, and going, and going, and going … “Crawdads has sold more print copies than any other adult title this year — fiction or nonfiction — according to NPD BookScan, blowing away the combined print sales of new novels by John Grisham, Margaret Atwood and Stephen King. Putnam has returned to the printers nearly 40 times to feed a seemingly bottomless demand for the book. Foreign rights have sold in 41 countries.” What the heck? – The New York Times

Music critics may resist the idea, but “what if the genre killers are right? What if it doesn’t matter whether they’re right, but it’s happening anyway? Start to finish, 2019 gave us plenty of evidence.” – Slate

Historic England has released a new list of 500 additions to the built environments it accords “enhanced” or new status. Why does anyone care? “They grow not only ever more surprising – our sense of what constitutes our built heritage is expanding incrementally – but more joy-sparking, too. What loveliness, and what fascination. Look at the buildings that have made the grade and not only does the sweep of history wash over you in an invigorating wave.” – The Guardian (UK)

Twenty-two years after the groundbreaking production had its U.S. debut in Los Angeles, it returned – “as gloriously relevant as ever.” And here is a photo gallery of what happens backstage, offstage, and around stage as audiences watch the stage itself. – Los Angeles Times

And, famously, short story writers. Why? “It’s a chance to bring together a wide cast of characters at a time when the sense of occasion allows them and the novelist to take the long view of their lives.” – The Guardian (UK)

Despite rather lackluster reviews, the film is on track to take in almost $400 million internationally. And wow, does that benefit Disney. “Disney said that it had booked The Rise of Skywalker into 4,300 cinemas in the United States and Canada, including 415 IMAX screens and 3,200 3-D locations. Theaters typically keep about 55 percent of ticket sales, with the balance going to studios. But Disney will receive about 65 percent of ticket sales for The Rise of Skywalker, in keeping with the onerous contracts it negotiated for previous Star Wars films.” – The New York Times

Perhaps many of us – at least those who depend on Amazon and the wide world of other online shopping options – have forgotten, but department stores still exist. At least, a few do. “To study the decline of department-store retail is to study the erosion of the middle class. … Department stores provided one-stop shopping for consumers who had time and money to spend—just not too much of either.  But stagnant wages mean stagnant spending.” – The Atlantic

Perhaps that won’t improve its dismal showing at the box office this weekend, but at least it might improve the moviegoing experience. Director Tom Hooper “has been upfront about the fact that he barely finished the CGI-heavy Cats in time for the Dec. 16 world premiere in New York City, and subsequently wanted to make more tweaks to certain effects, according to sources.” So it looks like he did. – The Hollywood Reporter

The movie was supposed to be about her, or be “her movie,” according to The Rise of Skywalker director J.J. Abrams. But she died long before this one started shooting. The way it worked was a reminder to everyone, writers and photographers and videographers, to save edited scenes. “‘Originally the frustration I felt at cutting out these scenes that we had shot in ‘Force Awakens,’’ Abrams says, ‘were suddenly the relief that we needed in prepping ‘The Rise of Skywalker.’'” – Washington Post

“We are living through the greatest improvement in human living standards in history. Extreme poverty has fallen below 10 per cent of the world’s population for the first time. It was 60 per cent when I was born. Global inequality has been plunging as Africa and Asia experience faster economic growth than Europe and North America; child mortality has fallen to record low levels; famine virtually went extinct; malaria, polio and heart disease are all in decline.” – The Spectator 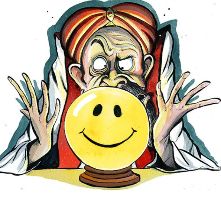