Lydia Locke (1884-1966) “rose to prominence in the early 1900s, when mass celebrity was still a relatively new concept. But the American soprano embraced the label, making news both for her performances at the world’s most prestigious venues and for her fashion choices. Yet it was her tumultuous personal life that garnered the most attention: Between seven marriages, two dead husbands, and one fraudulent baby, her life was scandalous even by the standards of today’s news.” – Mental Floss

Bailing out the recycling industry may sound like a benign proposal. The funds might even be a wise infusion at such a precarious moment for scrap buyers, processors, and sellers. But the hazy aspirations of the RECOVER Act are just the latest cover in a long-running deceit that for more than half a century has deflected responsibility from the companies who profit from pollution while ensuring our broader waste problem goes unaddressed. – The Baffler

How a traditional New Year’s melody that dated back to the pre-Christian era (when the new year was celebrated in March), and which was introduced by a Ukrainian choir touring the U.S. while Lenin’s Red Terror was raging at home, became “The Carol of the Bells.” – Slate

“Ded Moroz today is about what you would expect. He has a long white beard, wears a fur-lined hat, has an animal-towed sleigh, and delivers presents to well-behaved children when it is cold outside. But Ded Moroz’s last hundred years have been violent, political, and full of massive social upheaval. This, for Santa, you would not expect.” – Atlas Obscura

“My explanation is that interest groups that are involved primarily in providing professional services like finance or law or medicine have distorted or corrupted markets. The result is that the members of these groups can charge excessive prices for their services. That’s the main factor driving such high levels of inequality in the United States.” – CityLab

Wait, if you let yourself be photographed for a feature story, aren’t you already out of the running for being the “Banksy of” anything? Well, it’s Vegas, y’all. Frankie Aguilar says that on his canvas, he creates “Neon, colorful, dinosaurs, giant robots and fun stuff. It’s a big playground for your eyes.” – Las Vegas Weekly

This is the calm before the storm of 2020 – a year sure to see a deluge of Beethoven for his 250th birthday. Opera was neglected shamefully, while Clara Schumann, Offenbach, and Berlioz gained some powerful new recordings. – The Guardian (UK)

“[Researchers from UNC-Chapel Hill] report how they carried out an analysis of 24 emotional concepts, such as anger, love and pride, across 2,474 languages. The study also included more than 2,400 non-emotional concepts — such as ‘quarrel’ — that were used to further explore meanings and context of emotion words.” – The Guardian

Just about anyone who knows a bit of ballet history has heard of Marius Petipa, the man behind Swan Lake, Sleeping Beauty, and The Nutcracker. Yet not many people know just how he came to end up at the Imperial Ballet in St. Petersburg and what he did there for 63 years. Joan Acocella fills us in. – The New York Review of Books

“The anti-slam was created by British performance artist Paula Varjack, inspired by poet Jamie DeWolf’s self-reflexive and satirical performance piece, The Worst Poem Ever. In DeWolf, Varjack saw an opportunity to push performers to be more creative by challenging the competitiveness of a traditional slam. … The first anti-slam took place in Berlin in 2009. Since then it has gone on to captivate audiences around the world.” – The Guardian

“In traditional video games, labor and capitalism have been depicted in near-frictionless harmony. Take SimCity and Civilization‘s dogmatic views of economic progress popular during the booming real-life ’90s or even Mario’s insatiable accumulation of gold coins.” But in the wake of the 2008 financial crash and this decade’s insane lengthening of working hours, developers began creating games that imply real critiques of contemporary tech capitalism — and they began to consider unionizing. – The Nation

Research released by Working Artists and the Greater Economy (W.A.G.E.) “shows an inverse relationship between institution size (based on operating budget) and the amount spent on artist fees, and … there is evidence that small- and medium-sized institutions spend the most on programming and pay the bulk of artist fees.” – ARTnews

“Archivist Anna Rimel came upon the four pieces, executed in watercolor, ink, pastel, and tempera paint, in a manila envelope while sifting through the [Smithsonian American Art Museum’s] Joseph Cornell Study Center, where they were hidden among correspondence and ephemera.” – Artnet

“The Czech State Opera hoisted an ornate curtain on Thursday as a three-year project to restore the 19th-century opera building to its original glory neared completion ahead of a planned reopening next month. The 1.3 billion crown ($56.85 million) renovation aimed to get the main hall as close to how it looked when it opened in Prague in 1888 while adding some modern twists, such as touchscreen displays on all of the around 1,000 seats.” – Reuters

Ty Burr: “You’ve heard of the “uncanny valley” effect? The eeriness or revulsion felt when looking at a humanoid figure that’s not quite human? The digital era has given us many examples of the uncanny valley, but “Cats” is the first movie to entirely set up shop there.” – Boston Globe

“To survive, opera has to confront the depth of its racism and sexism point-blank, treating classic operas as historical artifacts instead of dynamic cultural productions. Opera directors should approach the production of these classics as museum curators and professors — educating audiences about historical context and making stereotypes visible.” – The New York Times

Giuseppe Verdi’s last two operas, the Shakespearean diptych of Otello and Falstaff, together constitute my favorite case study in what happens when a play is made to stand up and sing. Both the source material and the musical adaptations are works of singular beauty and power. To study these operas alongside their sources is to see what is gained and what is lost, what remains intact and what is transformed, when a complex human drama is adapted from speech into song. – New York Review of Books 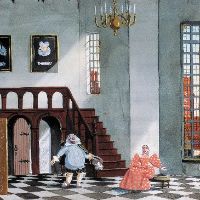