Children see naturally because they have not already stored up and processed information about how they are supposed to categorize what it is that they are looking at. They puzzle through, notice and work out each detail with a freshness that radiates both spontaneity and play. As we grow older, many of us lose our ability to see and we begin to accept the assumptions that have accumulated while looking.  – SITI

Within the monoculture obsession, there are two concerns. The first is that in the digital streaming era we have lost a perceived ability to connect over media products as reference points that everyone knows… The second concern is that, because of the pressures of social media and the self-reinforcing biases of recommendation algorithms that drive streaming, culture is becoming more similar than different. – Vox

Rarely has the power of “influence” been felt so acutely in an industry in which a media blitz usually involves not much more than a handful of speaking events at local bookstores. For the kinds of people who post Ben Lerner galleys on their Instagram stories to telegraph good taste, intelligence and access, Jenner’s paparazzi images created a sort of cognitive dissonance. – W Magazine

Sorkin, playwright of the Broadway adaptation: “I absolutely wanted Atticus to be a traditional protagonist, so he needed to change and have a flaw … It turned out that Harper Lee had [already] given him one; it’s just that when we all learned the book, it was taught as a virtue. It’s that Atticus believes that goodness can be found in everyone.”
Harris, who plays Atticus: “He’s trying to hold on to a belief that’s being eroded slowly but surely.” – The Atlantic

With funding from the Rubin Institute for Music Criticism, the News is hiring Tim Diovanni on a one-year, renewable basis. Tim will work with veteran Scott Cantrell, a former News staffer and current contributor, “to cover the increasingly dynamic classical music scene in North Texas.” – The Dallas Morning News

“Among the findings inside the tombs were evidence of gold-lined floors, a golden seal ring and a gold pendant with the image of the ancient Egyptian goddess Hathor. The amulet suggests that Pylos” — which is mentioned in The Odyssey — “traded with Egypt during Greece’s Mycenaean civilization, which lasted roughly between 1650 and 1100 B.C. Homer’s epics are set in the latter stages of this period.” – NPR

“Everything about Celebration telegraphed cozy familiarity. Brochures depicted a quasi-fantastical realm of home-cooked meals, traditional family values, and G-rated movies. The civic buildings were designed by famous architects: the theater by Cesar Pelli, town hall by Philip Johnson, the post office by Michael Graves, the bank by Robert Venturi, to name only a few.” – The Daily Beast

In a Letter to the Editor published in the Chronicle of Higher Education, Mellon Foundation President Elizabeth Alexander confirms that funding was rescinded in direct response to the settlement. The university’s decision to protect and display the Confederate statue was especially jarring in light of the proposed grant’s intended purpose: “to develop a campuswide effort to reckon with UNC’s historic complicity with slavery, Jim Crow segregation, and memorialization of the Confederacy.” – Hyperallergic

In the decades since “Merry Christmas,” she has created her own evolving brand of hip-hop pop. And she has leaned—or, better, reclined—into the role of playful diva. – The New Yorker

Laura Miller: “As a book publishing phenomenon, young adult literature entered the decade like a lion. At the beginning of the 2010s, a generation that had grown up obsessed with Harry Potter and other middle-grade fantasy series decided it wasn’t that interested in adult literary fiction, with its often lackadaisical plotting and downbeat endings. YA stood ready to supply them with plenty of action, cliffhangers, supernatural beings, mustache-twirling bad guys, and true love. But now, at decade’s end, YA seems to be eating itself alive.” – Slate

An Austrian government commission found that, at the ballet academy at the Vienna State Opera, “it is clear that children and adolescents are not sufficiently protected from discrimination, neglect and negative medical effects,” with their training and performance schedules being overloaded and insufficient healthcare provided. And the young students are openly encouraged to smoke in order to stay thin. – Yahoo! (AFP)

At the Wales Millennium Centre in Cardiff on Monday night, the performance of the musical had to stop for ten minutes after the actor playing Javert accidentally lit part of the set on fire with his flaming brand. One audience member tweeted, “I thought the fire was part of the show … until all the dead bodies started running off set!” – WhatsOnStage (UK)

“America’s forbidden composer” is Arthur Farwell (1872-1952), leader of the “Indianists” movement in music. Politically, he seems hopelessly incorrect today. But his significance is not merely historical. He composed some of the most original and compelling American piano, choral, and chamber music of the early twentieth century. – Joseph Horowitz

Monkman’s two large paintings, the first in a series of commissions for the Met’s Great Hall, “highlight the Museum as both a byproduct and beneficiary of colonizing forces, and illuminate how encyclopedic art museums perpetuate settler perspectives of history,” writes curator Randall Griffey. “In this regard, his commission is part of a larger institutional reconsideration of the Museum’s responsibility to attend more vigorously to new and broader perspectives on history and culture, as they relate to our wide-ranging collection.” – The Metropolitan Museum of Art

“The Cleveland Institute of Music has received a $150,000 grant from the Sphinx Organization, to launch an initiative for graduate students of African American and Latin descent, young professionals and junior faculty.” – The Strad 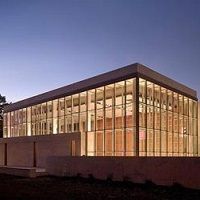