“In the Theatre Guild Archive of the Harry Ransom Center in Austin, Texas survives a script, marked ‘as broadcast,’ of Miller’s adaptation of Jane Austen for radio. Miller’s radio play, with Joan Fontaine as Elizabeth Bennet, aired on Thanksgiving eve, 18 November 1945.” – Los Angeles Review of Books

Composer Danny Elfman, who wrote the theme music for the long-running series, told an Irish podcaster that “from what I’ve heard, it is coming to an end. … I don’t know for a fact, but I’ve heard that it will be in its last year.” The Guardian picked the news up, and rumors spread quickly until showrunner Al Jean shut them down: “No disrespect to Mr. Elfman but we are producing season 32 starting next year and have no plans to end after that.” – Metro (UK)

The collapse of the organization came quickly, just a few weeks after a group of former students accused longtime artistic director Burgess Clark of inappropriate behavior. The explosive allegations, including accusations by some students of touching and kissing during private lessons or while they were at his second home in Vermont, rocked the theater group and has triggered an investigation by police. No charges have been filed. – Boston Globe

In other words, there’s little hypocrisy to be seen – and the accusation of “virtue signalling” itself might be a signal from those who make the accusation to like-minded others. That’s because “the accusation does exactly what it accuses others of: it moves the focus from the target of the moral claim to the person making it. It can therefore be used to avoid addressing the moral claim made.” – Aeon

Maybe not 29 movies in a row, of course. But. One writer explains that she opened Netflix in the depths of a serious depression and started watching Christmas Prince. “The movie was terrible. But it was also wonderful. Within a few minutes, I felt something bubbling in my chest. Something I hadn’t felt in weeks. A small spark of happiness. Soon it had grown enough that it actually burst from me in a smile, which became a laugh. I was actually laughing. Half an hour before that I’d been, to quote Anne Shirley (as I always try to do), in the depths of despair, and now I was laughing.” – BuzzFeed

In Portland, Oregon ArtsWatch’s Matthew Neil Andrews is writing a series about classical music and meaning. For instance: We know music can help people process trauma (think of the Boston Symphony playing Beethoven’s Funeral March from the Eroica the afternoon JFK was murdered) – but what if it’s designed to do that? Does that change the experience? And “the main question is whether using music to address these issues is appropriate and effective. What good do these shows do, in terms of actually stimulating change?” – Oregon ArtsWatch

“The choreographer’s commitment to dance as a catalyst for social change can be seen at a museum show in Seattle and in a new work for the Alvin Ailey company.” – The New York Times

Because of the music, Lauderdale “had become the de facto social director of Portland’s underground political scene, staging rallies, parties and functions at coffeehouses, private homes and auditoriums citywide. In 1994, he called a vocalist he had met at Harvard named China Forbes and the die was cast to improve the quality of political rally music in Portland.” And that is how the now-ubiquitous Pink Martini came to exist. – Monterey County Weekly

McClinton, who was mourned on actors’ Instagram feeds and Twitter posts as soon as word spread that he had passed, was “a noted director who was a favorite of the playwright August Wilson and took two of his plays to Broadway.” McClinton was also an actor and a playwright who did some of his best work in Minnesota’s Twin Cities. “‘London and New York have the glamour and money,’ he told The Minneapolis Star Tribune in 2007, when he was directing Samm-Art Williams’s Home at the Pillsbury House Theater in Minneapolis. ‘But when you are working on Broadway, you are as much a director as a manager solving people’s problems. Here, I get to concentrate on the art, without distractions.'” – The New York Times

The nation’s largest city has the nation’s largest Native American population, with 112,000 individuals representing more than 75 tribal nations. Most of those people arrive in New York City with no connection to the indigenous communities there and little or no idea how to access available services. The American Indian Community House is one of several organizations in the city that use art to reach out and make themselves known to Native residents, building community and then using that community to help meet more basic needs. – Gothamist 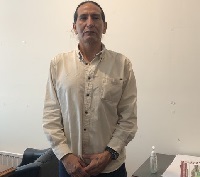