“On a single day, when he was 40 and full of innovative fire, he had jotted down 112 ideas for ‘new things,’ among them a mechanical cotton picker, a snow compressor, an electrical piano, artificial silk, a platinum-wire ice slicer, a system of penetrative photography (presaging radiology by 12 years), and a product unlikely to occur to anyone else, except perhaps Lewis Carroll: ‘Ink for the Blind.’ ” – Washington Post

“New York City’s On Site Opera, known for staging works in non-traditional spaces, is presenting Amahl and the Night Visitors next month inside the Holy Apostles Soup Kitchen, which serves lunch to the homeless every weekday. … Choreographer Winston A. Benons Jr. … was brought on by On Site’s director Eric Einhorn to reenvision the opera’s ‘ballet’ section where townspeople perform for the three kings. It traditionally features either classical ballet or a European folk dance, but Einhorn wanted a new take. So Benons mined his background in both Afro-diasporic dance (particularly from Cuba, Haiti and Brazil) and modern forms, but also added something more.” – Dance Magazine

“Welcome to POB’s annual ‘concours de promotion,’ or competitive promotional exam. In a company that employs 154 dancers, it is the only way to climb the ranks. Outsiders are often baffled by this system because it is so different from how other companies promote their dancers. This year, Pointe was invited to take an inside look at this high-stakes event and spoke with two of the 14 dancers awarded promotions that go into effect in January 2020.” – Pointe Magazine

Evading state censorship made some music extra cool – and risky: “Bans on Western genres such as boogie-woogie, jazz and, later, rock ’n’ roll, as well as other styles deemed threatening to the political order, extended not only to public radio waves, but to private listening too. This prohibition, and the subsequent demand it created, gave rise to a black market of banned records carved into used X-ray film – contraband items colloquially known as ‘ribs’ and ‘bone music’.” – Aeon

Musicians get paid 75 percent less – yes, 75 percent, not a typo – for playing on soundtracks and songs for streaming services. And they’re fed up. They get a base wage for playing on streaming shows, “but residuals generally account for 50 to 75 per cent of a musician’s overall compensation for performing on a score. Actors, writers and directors, even singers, all currently receive residuals on streaming projects. … Score musicians and the AFM aren’t upset with their creative partners; they’d just like to be considered on a similar level, as fellow creatives.” – CBC

Sure, it’s an almost guaranteed moneymaker, but it’s also “a community builder, a gateway drug, and a holiday tradition.” – American Theatre

Yalom, who was a professor of French at Stanford before she segued into writing history books for a wider audience, admired the salons of the 18th century in France and ran one of her own in the Bay Area “where women found support and encouragement for their writing projects as well as practical advice about publishing.” – The New York Times

To be blunt, well, ugh: “Beyond the curious clicks they draw, gift guides often allow publishers to sell outright sponsorships or subtly blend content and commerce through back-end deals with many of the stores they link to, pocketing a portion of sales.” – The Atlantic

From the 1980s, beginning with the classic Unreliable Memoirs, he published a series of uproarious biographies that charted his journey from dusty Australia to windy Cambridge to grubby Fleet Street and on to eventual success with TV shows such as Clive James on Television. James may, however, be best remembered for inventing modern television criticism. – Irish Times

“He first achieved fame as an actor in the anti-establishment revue “Beyond the Fringe,” a hit in both London and New York. He went on to win acclaim on both sides of the Atlantic for his productions of Verdi’s “Rigoletto,” Gilbert and Sullivan’s “Mikado” and other works. He also produced and hosted television shows. Most unusually, he was a medical doctor, with a special interest in neurology, who periodically left the world of theater to practice medicine.” – The New York Times

“Star Wars Kabuki-Rennosuke and The Three Light Sabers, which are being staged in Tokyo, will combine plots from each of the franchise’s latest trilogy, substituting plots drawn from the days of feudal clan rivalry with drama from a galaxy far, far away. Ichikawa Ebizo XI, Japan’s pre-eminent kabuki actor, will take to the stage as Kylo Ren … in front of 50 winners of an online lottery.” (The performance will be live-streamed for the rest of us.) – The Guardian 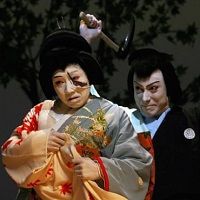