The Detroit-based Sphinx Organization, which for 22 years has run education programs and competitions to develop black and Latinx classical music performers, “is launching a leadership development program with educational and mentorship components aimed at cultivating black and Latinx candidates for leadership positions in orchestras, conservatories and music schools across the country.”

“The judges in the front row were ready to revel in wretchedness, line by line and verse by verse, as the contestants, more than 30 Columbia University students in a lecture hall on the campus, read their poems aloud.” (In case you’ve forgotten, Kilmer is the man who perpetrated “I think that I shall never see / A poem lovely as a tree.” He is memorialized with a rest stop on the New Jersey Turnpike.)

Thousands of homeless people live in Skid Row, and many of them identify as artists. In 2008, the Los Angeles Poverty Department (LAPD) began to organize a registry of artists who live and work in the neighborhood, which now includes more than 700 names.

At stake for China is more than just the validation of Hollywood’s powerbrokers and celebrities. In speeches and at forums, President Xi Jinping has repeatedly emphasized the need to “tell China’s story well” — to make sure a coherent, compelling and, most important, Communist Party-sanctioned narrative of China’s rise to power reaches global audiences.

Lucia Borgonzoni, undersecretary at the Ministry of Cultural Heritage, is balking at the previous government’s agreement to loan a large group of Leonardo da Vinci works for the artist’s quincentenary next year. “How could any Italians be in favour of giving over these da Vinci works without asking for something equally important to display in this anniversary year? Leonardo was Italian, after all. Why don’t they loan us the Mona Lisa?”

“The writer, surnamed Liu but better known by her internet alias Tianyi, was handed a 10-and-a-half year jail term for ‘producing and selling pornographic materials’ last month, according to a television report on Friday. The book that landed her into trouble was a 2017 novel named Occupy, … about a forbidden love affair between a teacher and a student.” Police assert that the book is full of “graphic depictions of male homosexual sex scenes.”

The 5th-century mosaic of St. Mark the Evangelist, one of the few Byzantine religious artworks to have survived the original iconoclasts of the 8th and 9th centuries, was hewn from a church wall following the Turkish invasion of northern Cyprus in 1974. Investigator Arthur Brand (“the Indiana Jones of the art world”) found it in an apartment in Monaco.

May’s deal, which was revealed on November 14, essentially maintains the status quo until 2020, with the deal “not saying anything concrete” about what will happen after this. This would be effectively “postponing a leap into the dark” for the creative industries until 2020, with “all the important issues left up in the air”.

When a work of art sells for a quantum of money larger than any ordinary person’s practical reckoning, it seems to make art foreign to ordinary humanity. The feeling is akin to what it’s like to arrive back to some beloved place that has been gentrified so thoroughly that it now feels almost hostile to its former inhabitants.

Meryl Streep, basically – and the Hollywood Foreign Press Association, sponsors of the Golden Globes and, for years, in real need of burnishing their image.

Modernism is inextricably bound to the concept of the West – and now that the United States and Britain are once again reckoning in challenging ways with their places in the world, some of the countries’ novelists are returning to its style and philosophy.

As theatre addresses more of things like mass shootings and sexual assaults, the warnings have arrived. “The phenomenon has led to searching discussions at theaters large and small, pitting a traditional impulse — to preserve art’s ability to surprise, shock and stir — against a modern desire to accommodate sensitivities and not alienate paying customers.”

The store in Northwest England has gotten hundreds of replies about selling the book, about William the Conqueror. “Author Sarah Todd Taylor tweeted in response, ‘The book held its breath. It had hoped so often, only to have that hope crushed. Hands lifted it from the shelf, wrapped it warmly in paper. As the door closed on its past life, the book heard the soft cheers of its shelfmates.'”

Before the discovery, the city of Tenea existed solely as a legend. “Tenea was built by the Trojans after the end of the Trojan War, according to the myth.”

Tamara Rojo: “In the past, the ballet master was an almost godlike figure. You did what he said and there was no room for conversation. Certainly at the ENB, that’s not the case. We encourage dancers to have opinions, ask questions and contribute to the process. The work is good because it’s the work of everyone in the company.”

The actor was born in Poland but immigrated to Australia when he was 9 years old, and became a star in Australia, the UK, and the US.

Ron English: “We’re tired of people stealing our stuff off the streets and reselling it, so I’m just going to buy everything I can get my hands on and whitewash it. … I’m going to paint over it and just include it in one of the walls in my house.” 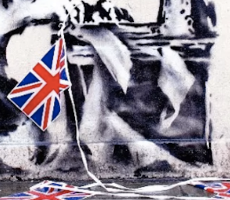